Necrotum – May the Dead Rise [Demo] 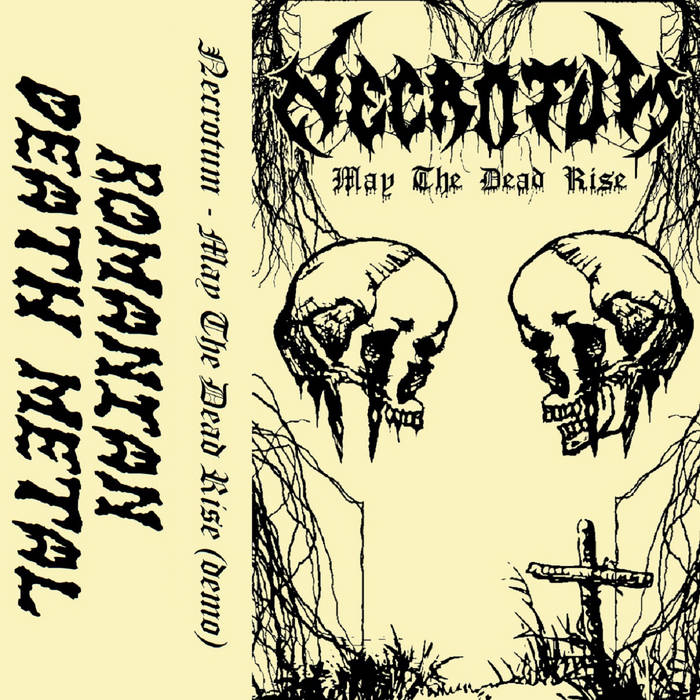 What is a Necrotum? Can you suffer from a Necrotum? …When you get out of bed naked, early in the morning, looking at yourself in the bathroom mirror and notice that the skin of your balls is turning black and spreads a stench like the local slaughterhouse on a hot summer day, worms are wriggling between you curly pubic hairs and you want to scratch them to pieces ‘caused by the unbearable itch. Is that Necrotum?

Ok Franki_boj, quit the bullshit and get back to reviewing. Necrotum’s music sounds as rotten as their name. “May the dead rise” contains two filthy slabs of Old School Death Metal. “Internal scream” sets off with a short new wave-like intro yet immediately, like a teenagers pimple, burst open into a mid-paced Death Metal mongrel. This track contains some very cinematic solo’s, it’s like a soundtrack to a bad seventies b-horror movie. “locked in a coffin” has the same laidback tempo, especially the drumming sounds very relaxed, mister Garlonta plays the drums so relaxed he almost falls off of his chair. Production is very rudimentary and suits this demo perfectly.