Necrom – The Light Has Never Been Here [Demo] 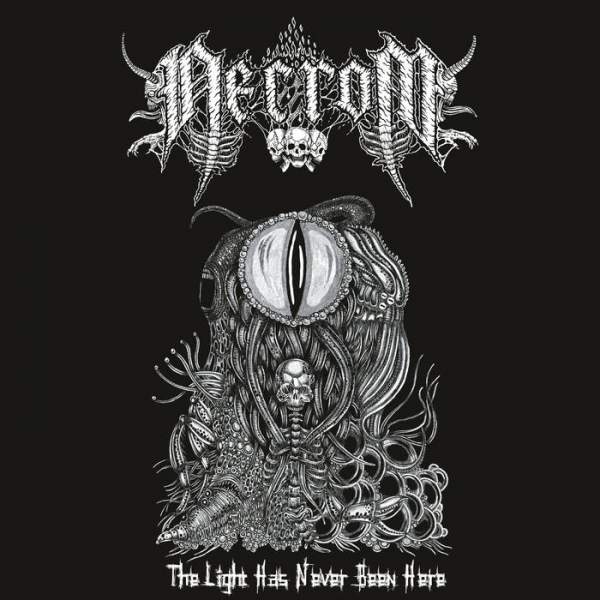 What if some of the better known musicians of the Ukrainian Black Metal scene, of the Kharkiv-area, have a gathering or two and decided to express their fondness for Old School Death Metal to each other? And one of them had the luminous idea to say “…look…we can talk about…but we can also grab our instruments and…”. And their instruments they grab and gave existence to Necrom! If you have listened to the music first and read about the line-up second to that, I think you would be surprised to read Necrom beholds (ex-)members of Nokturnal Mortum, Drudkh, Hate Forest, Dub Buk and Khors. But it is just a nice fact to know, as the music speaks for itself.

Necrom’s first release is all about Old School Death Metal, quite the Swedish way yet not with the common early Entombed or Dismember influences. Necrom has more similarities with releases like Evocation’s “Dead Calm Chaos” and Desultory’s “Counting Our Scars”, combining the right amount of groove, melody, leads and plain Death Metal. When it goes mid-tempo, like in the last track “The Oldest Horror”, a band like Hail of Bullets pops up. They also add a bit of darkness with the slight and subtle use of the keyboard in some parts, which is nicely done.

Absolutely a demo filled with quality if you ask me, and I’m not sure what the intentions are of this league of gentlemen, but I would be very surprised certain labels wouldn’t pick Necrom up as it is top-notch! (Ricardo)