Necrodeath – The Age of Dead Christ 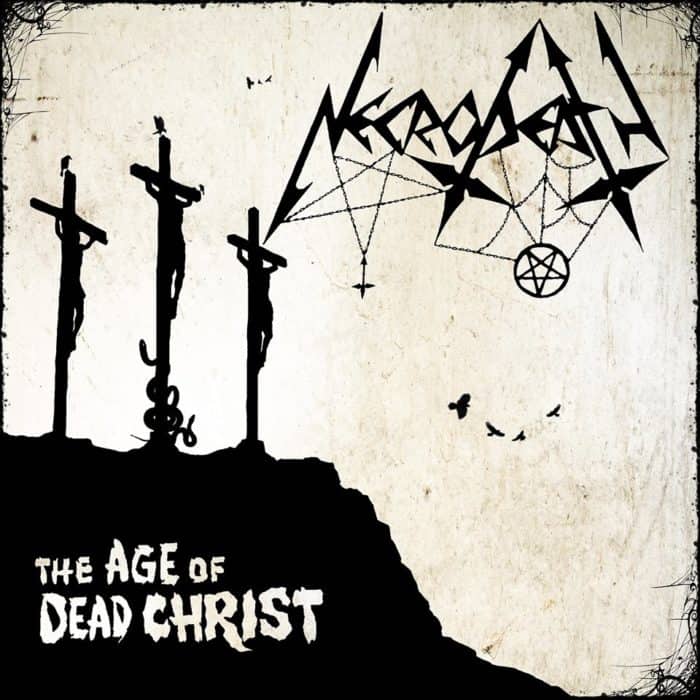 The Italian legends of the underground return with their 11th album ”The Age of Dead Christ”, 4 years after their last effort. Necrodeath have offered us some great albums through their 33-year old career and ”The Age of Dead Christ” is another solid release. Opening track ”The Whore of Salem”, gives the listener a taste of what’s to come, that is pure Necrodeath sound, influenced by 80’s Death/Thrash Metal pioneers such as Slayer, Kreator and Possessed. Great Thrash Metal riffs that reminds us of the glorious days of the genre back in the mid 80’s, mixed with dark, evil melodies typical of the band. Frontman’s Flegias blackened growls are killer as always, while drummer (and only original member) Peso blasts his way throughout the album in great style. Production is clear and dynamic without making the songs sound ”modern”. There are no fillers in ”The Age of Dead Christ”, but the highlights of the album would be ”The Whore of Salem”, ”The Master of Mayhem”, the re-recorded classic ”The Return of the Undead” (originally featured in the band’s debut as ”The Undead”), ”The Crypt of Nyarlathotep” and the dark and gloomy s/t song which closes the album. ”The Age of Dead Christ” will satisfy fans of the band and could attract some new audience into the Italians’ sound. (Kostas Paganizer)