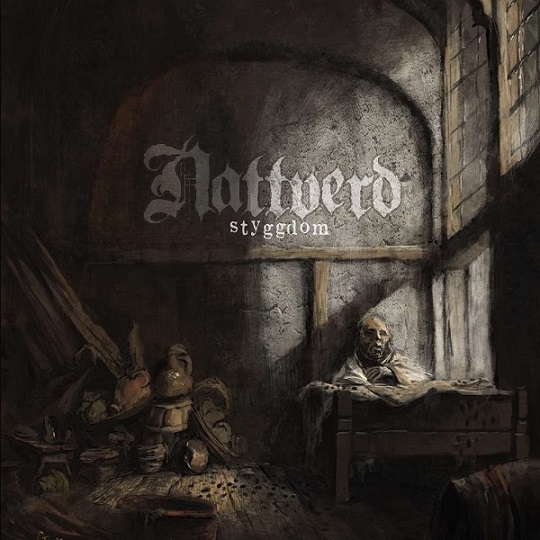 Nattverd from Norway are celebrating their 10 years of existence, congrats! Is there a better way to celebrate it than with a new album? I don’t think so. 3 years after their debut “Vi vet gud er en løgner” they offer us their second strike with Styggdom.

Almost an hour of cold, atmospheric and certainly fascinating Black Metal. A good sound, Mixed and mastered at Necromorbus, is provided by Tore Stjerna and visually Khaos Diktator did his due. Osmose Productions had the pleasure to release this dark beauty and they did well to do so.

The songs vary a lot between full blasting canons and slower, frosty wide open atmospheric pieces thanks to, and mostly because of the repetitive patterns, just flow and let yourself drown into trance-like states which is a strong point on the record and something I appreciate personally. The melancholic chords and melodies are well thought out and written and remind me somehow to bands like Nehemäh or newer Enthroned. The more aggressive stuff has a good dose of old Mayhem and Gorgoroth. Each member has got skills and use it wisely to enhance the full potential of the songs.

“Styggdom” got both, the beauty (melodies, atmosphere) and the ugly (harsh, aggressive, violent) and succeeds on both grounds. Killer output. (DPF)