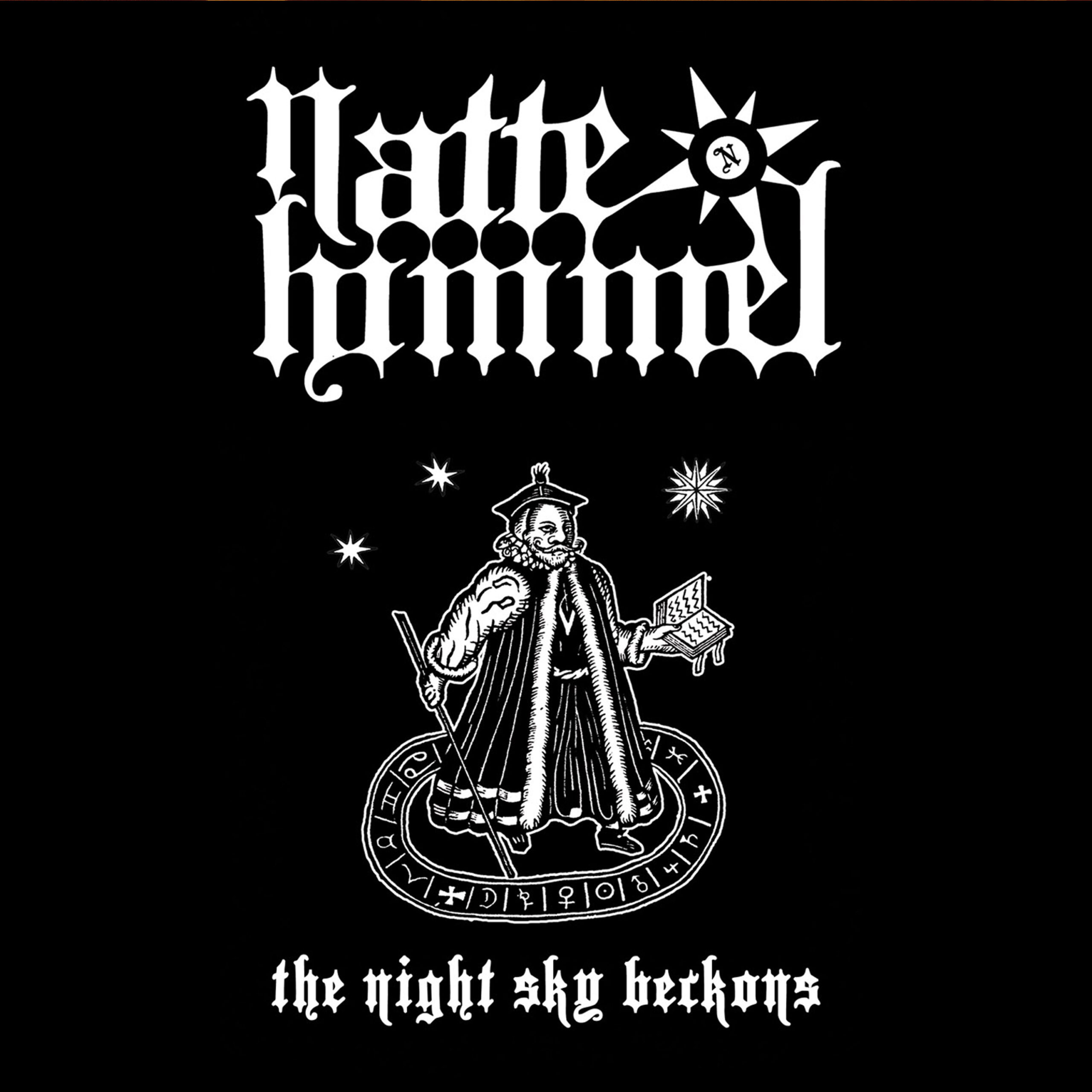 Although Nattehimmel is a new band, none of its members are newbees, so to speak. Both Botteri brothers are involved, both were co-founders of In The Woods… and also played in Green Carnation, as well as James Fogerty, known for his current and past work in Old Forest, Ewigkeit, The Meads Of Asphodel and, yes, also In The Woods… Their first collaborate achievement is this three-track demo-tape, released by Hammerheart Records.

With such musical backgrounds it will not come as a total surprise that ‘The Night Sky Beckons’ sounds like a mixture of both In The Woods… (‘Heart Of The Ages’) and, to a lesser extent, Green Carnation. Dynamic and epic Black Metal with a very obvious creative and progressive touch, going from elegant atmospheres to thunderous, fast paced blast beats. But when they slow down a tad, it also has this very intriguing doomy sound that, especially because of the reminiscent use of epic vocals, is very similar to Swedish doom icons Isole (who in their turn also sounds a bit like In The Woods… themselves). But, frankly, to wrap it all up, it is mostly just ‘Heart Of The Ages’ all over the place.

It doesn’t sound all that new and fresh, since it sounds so close to what In The Woods… did on ‘Heart Of The Ages’, but who gives a damn? Anyone who fell in love with In The Woods… back in the days will rejoice this resurrection-of-sorts. I would suggest to keep an eye on Hammerheart Records for a full-length. (FelixS)