Napalm Death – Throes of Joy in the Jaws of Defeatism 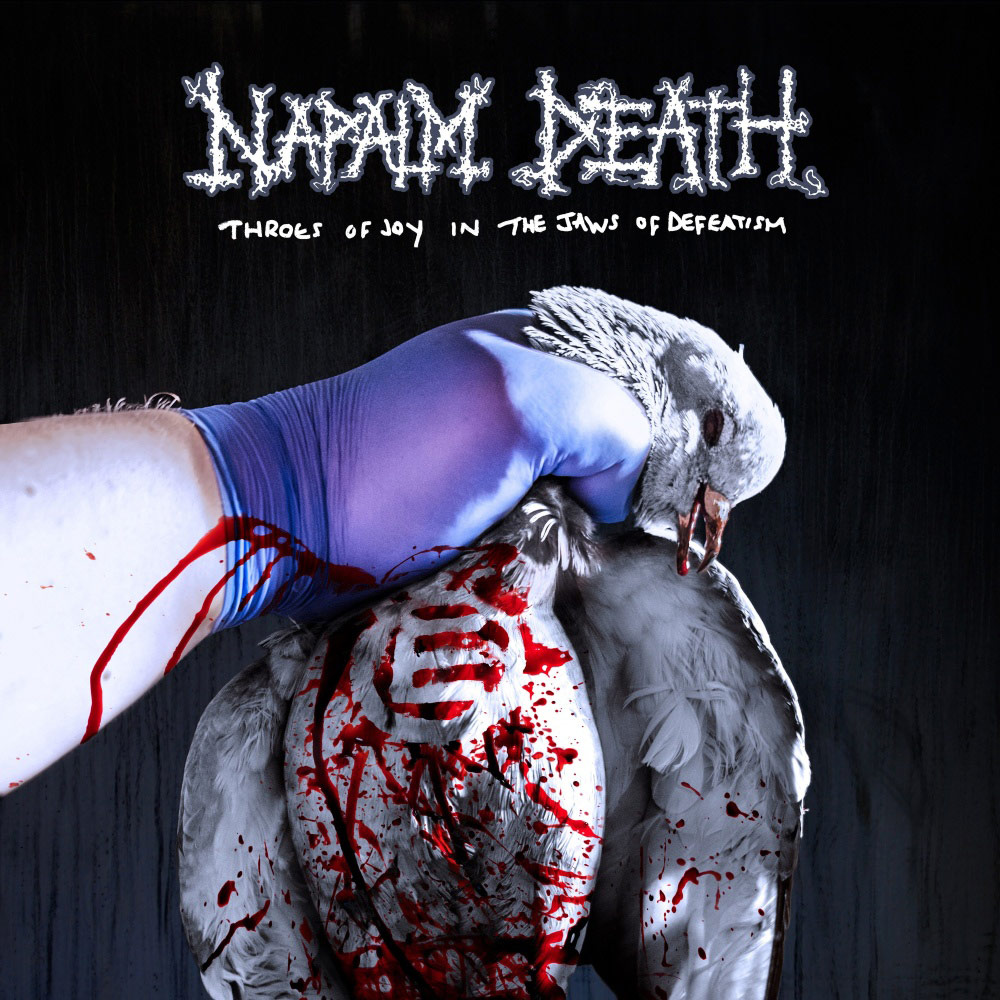 Who the hell doesn’t know or hasn’t even heard about Napalm Death? No one, right? Yes, because this British band is so legendary, even people who never heard metal in their life has heard their name. Of course, we, metalheads, know exactly what this band is about, the oldest ones have been following them throughout their long career and we all banged our heads violently while listening to their songs. And yes, this is a band that has tried to redefine themselves over the years, trying to find new ways to violate our eardrums, while keeping their legacy intact, as one of the most innovative bands ever! They’ve had their “ups and downs” along the way, but that’s one of the reasons why they’re legendary: they do what they feel is right and they always come back, more violent and brutal than ever.

It’s precisely the case with their latest album, “Throes of Joy in the Jaws of Defeatism”, released by Century Media Records in 2020. It has been a while since we’ve heard a Napalm Death so full and rich in great riffs. I will even dare to say this is their best album in the last two decades!

Once again, the band managed to extend the boundaries of Grindcore, adding new elements into the mix, some of which they have been experimenting with over the last few releases, only to have them matured enough to be at its peak. Barney is completely out of control throughout the whole record, making it hard to believe how can a mortal deliver such blasting screams after such a long and successful career (since 1989, with Benediction, before joining Napalm Death later that year). The same applies to the rest of the band – they are all in their fifties – which makes us all wonder if we’ll ever be in this shape when we reach their age. Shane and Danny certainly have an outstanding part in the music with the rhythm duet of bass and drums assuming a much more relevant role in this recording. Mitch is there, don’t get me wrong, and he delivers the usual magnificent guitar playing as usual!

In a nutshell, this is what Napalm Death really is. A band that does whatever they want, experiment with whatever they feel is right for them, but never compromising their integrity and Grindcore origins, further solidifying their role as “leaders, not followers”.