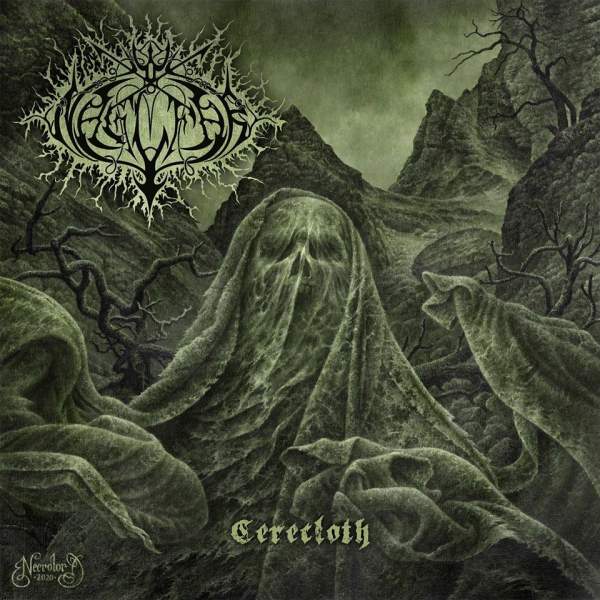 Long time no see! Naglfar’s last studio album “Téras” is already 8 years old. I enjoyed it quite well, although “Pariah” and “Vittra” are still my faves. Where do we have to put “Cerecloth” now? Well, it has the Necrolord artwork, it has the production (Wolf’s Lair Studio/Unisound Studio) it has the melodic approach, the variety (speed, atmosphere, riffing, melodies and so forth). It has the well-known vocals chords of Olivius…it has everything what Naglfar and mid/late 90s Black Metal is all about.

Blastwork is presented in songs like “Cerecloth”, “A Sanguine Tide Unleashed” (Marduk anyone?) or “The Dagger in Creation“, which are straight blasting tracks for the speed aficionados. But speed is not everything (maybe). With “Like Poison for the Souls” there is a mid-tempo banger with dark riffing and leadwork, excellent bass intro, catchiness, cool drum fills and some epicness the Dissection / Watain or, yes, Naglfar way (highlight!).

Dissection, probably the most obvious one, is present, like it was in the past and is mentioned as a high standard reference here, like in “Vortex of Negativity” which is a next highlight as I like that lead guitar, the forward driving drumming and the high pitched vocals, as well as the slower mid-section.

Things continue pretty much that way, leaving a good overall impression for this new record, which has all the ingredients the band is known for and should please fans of Naglfar as well as Dissection, Watain, Emperor, Dark Funeral and the likes. “Necronaut” is the epic ride after the battle. 8 years were worth the wait! Killer! (DPF)