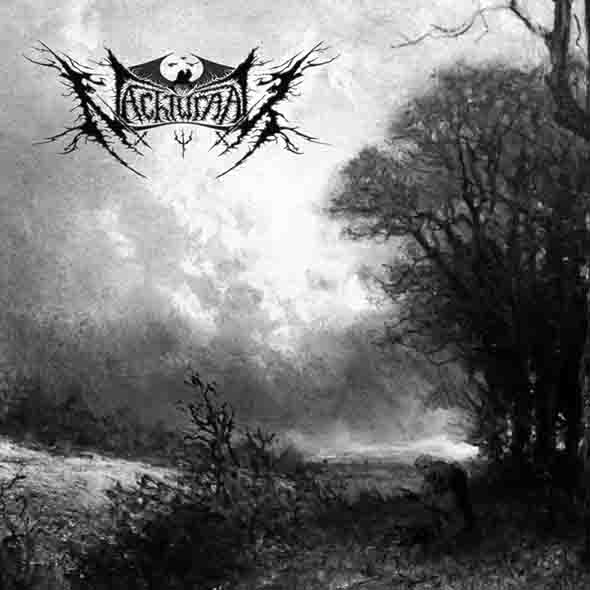 The unholy crusade of Nachtwraak started when they were called Tempus Fugit, back in 2003. In the 3 years under the banner of Tempus Fugit, they released 2 demos called “Shadowlords” and “Realm of Suffering” and sounded like straightforward up-tempo Black Metal, but it didn’t stuck as the sound was too clean and it drowned in the swamp of the many other Black Metal bands that were just barely above average. After the demos they changed the name into Nachtwraak, which is Dutch for Night Revenge…or Revenge in the Night. The line-up also cut back from 4 members into 2 (although there is a period of time they were a 3-piece) and changed the musical approach. More midtempo passages, more focusing on 1990s Nordic riffs and creating space for typical Nordic melodies. Besides a demo in 2006 (“Wolftroon”) and an EP in 20011 (“Krijgsbanier”), you can’t say “Damn, these guys are productive!” in the 10 years run of Nachtwraak. But then…”Unheim” got released. As mentioned in my interview with them, I heard a part of “Unheim” in one of the vlogs of All Hail Hel, which grabbed my attention from the beginning. I heard fierce melodies, variety and a good combination of 1990s Nordic riffs along with Blazebirth Hall and Ukrainian influences. Intrigued! Especially when the song is a reference for the whole album. Nachtwraak uses the art of repeating riffs and therefore almost all tracks have a long duration but without getting boring for one second. Combined with the raspy sound, “Unheim” has the right atmosphere that fits like a glove. At the end, I can only compliment Sywert and Plaag as they made an interesting Black Metal album. If you are interested to grab a copy, be quick…as there are only 250 items. (Ricardo)