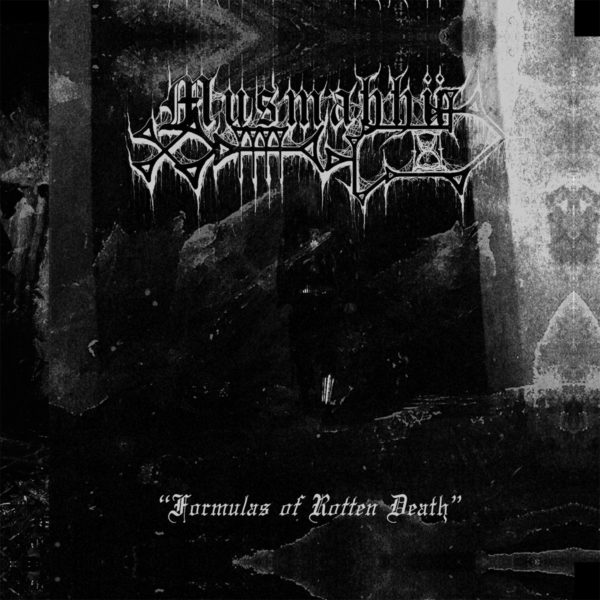 Unusual for me, I’m not going to write two pages about this one, the main reason being it contains only two songs. Two songs of pure and utter filth, but two it is, so this is what we have to run with. Interesting facts may be thrown in for good measure, so rest assured, you won’t get two paragraphs, you may get three..

Musmahhu are Swedish. Yes, they are, and what does their name mean? Well, we have two options here. One, they had a bad night playing Scrabble and just made it up from what was left on their board, or two, it is the name of ancient Mesopotamian hybrid beast comprising of lion, bird, and snake. I much prefer the Scrabble idea, but these guys prove that they are indeed ancient, and you will realise this the minute you decide to stop playing silly board games and have a listen.

Surely recorded in a cave somewhere, the first thing you will ask yourself is why the fuck are my speakers only running on one channel, before they then open up a giant can of whooparse upon you, and you recoil in sheer horror from the ensuing onslaught and either run screaming from the place, or kinda dig it, and say “Well fuck me with the rough end of a forked serpents tongue, this is good”. I’d be kinda lion if I said otherwise…..

Track one “Formulas of Rotten Death”, being the title track as well, is pretty much the ducks guts if you are into, well, filthy generous slabs of rotting metal that makes you just wanna pick up the nearest dangerous object and possibly destroy that fucker that beat you at the spelling bee back in the dawn of time itself, when you where an ape, and an angry violent one at that. Track two “Apocalyptic Brigade of Forbidden Realms” continues the aural buggery, by beating you around the head with the sound of thundering percussion, cavernous riffermantation, and sheer bloody minded nastiness. This is nothing new, but by the seven heads of a Hydra, this will fucking give you a damn fine hiding,

More I say.Two tracks are a mere teaser. I don’t fucking care what mythical creatures you may contain, may have had relations with, or how many heads you have. This is s Solid as any bird/snake/lion could ever be. More is what we need, and the order of the day. Death Metal, it’s a fine thing is it not? (The Great Mackintosh)