Mournful Congregation – The Exuviae of Gods – Part I [EP] 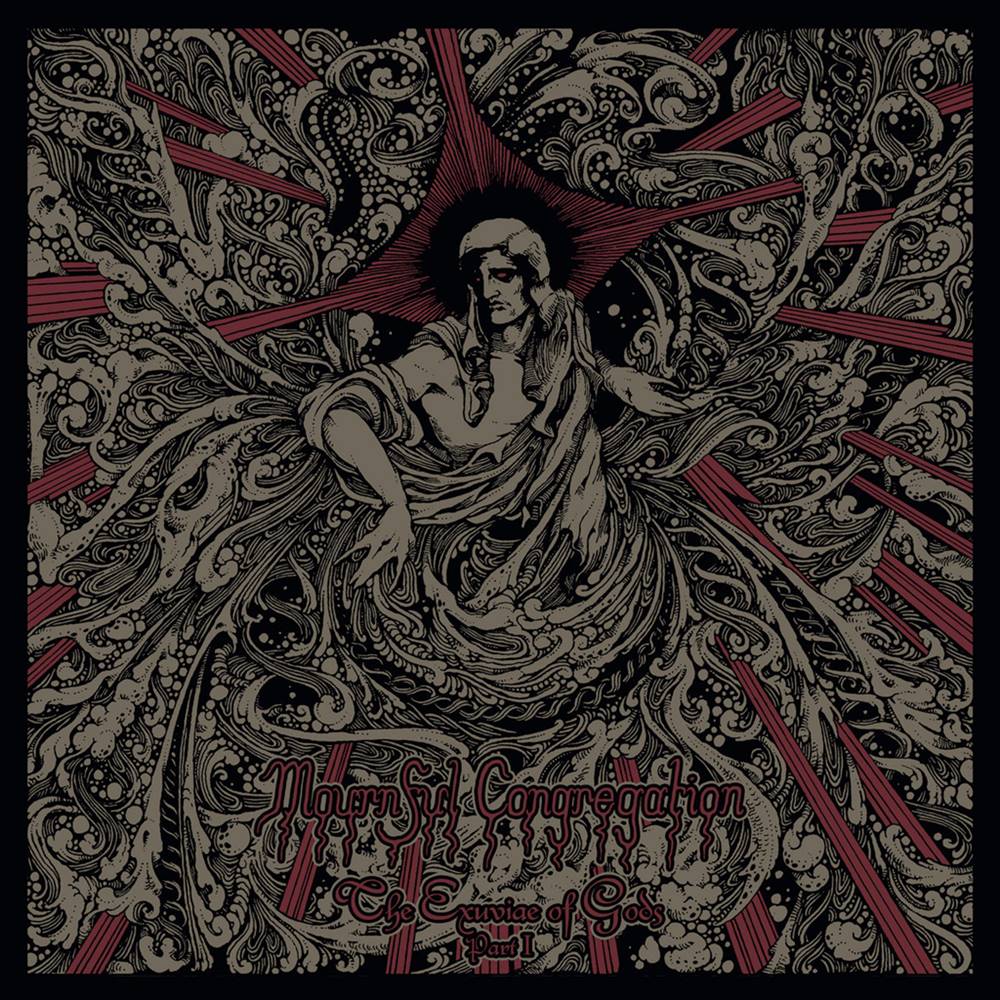 The extreme Doom Metal scene has always been a small one, since the first notes ever sounded in the Funeral Doom genre there have been upturns and it has somewhat subsided again, but there are some constants that keep the genre alive. One of those constants is Australia’s Mournful Congregation. With their inception in 1992 they were not only amongst the pioneers, they are a band with a basically flawless discography too.

With the release of their first album (recorded as a demo tape) in 1999, ‘Tears From A Grieving Heart’ (released on vinyl by Painiac Records in 2001) and its successor ‘Monad Of Creation’ (2005, Weird Truth Productions), Mournful Congregation has made an undeniably large contribution to what is arguably the blueprint of the Funeral Doom genre today. But now, many years later, the band delivers this new EP ‘The Exuviae Of Gods – Part 1’ as an appetizer for a new upcoming album.

This EP lasts no less than 37 minutes and that playing time is divided over three songs of which the second song functions as a (semi) acoustic intermezzo between the other two – something we also heard Anathema do regularly in their early days. Opener ‘Mountainous Shadows, Cast Through Time’ is a new song written in the Mournful Congregation tradition: an intro of organs followed by slow, but beautifully produced heavy met clear sounding guitars on a foundation of equally slow but powerful drums topped by the ever immersive vocals of Damon Good. Just after 10 minutes we are treated to beautiful guitar leads which adds on that sad, compelling and unique character of Mournful Congregation’s music – while there are of course multiple other bands in the genre, Mournful Congregation is definitely one of a kind. The aforementioned interlude and title track of this EP then gently warms you up for a new rendition of ‘An Epic Dream Of Desire’, a song that previously appeared on the 1995 demo tape of the same name. You can hear that this is an older song, especially towards the end of the track, when it threatens to get almost up-tempo in a somewhat odd sounding melodic keyboard piece. But, you can also hear the potential of the band already had anno 1995, still operating as a duo here; Mournful Congregation certainly was a visionary band.

In summary, this EP is mostly about the opening track, this is how Mournful Congregation sounds and should sound. The interlude and the re-recorded demo track are a pretty good listen but not really mandatory, in fact, I would have preferred another new song – or maybe something from the yet-to-be-released second part of this series (‘The Exuviae Of Gods – Part II’) on one EP. Anyway, Mournful Congregation proves to still be very much relevant and with this EP being meant as an appetizer… it certainly tastes like more! (FelixS)