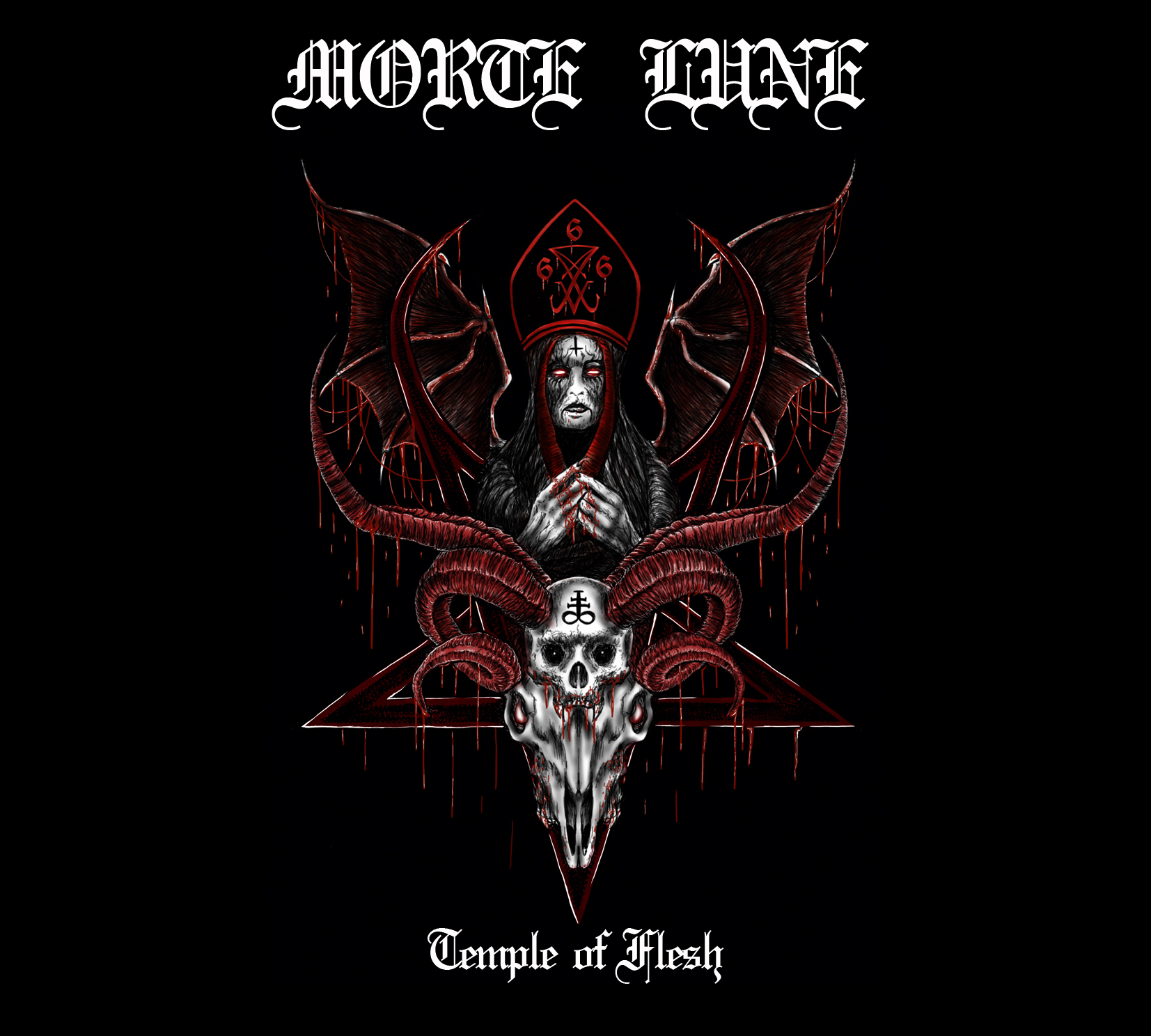 I have a real soft spot for Cumbrian Raw Black Metal/Ambient band Morte Lune, as in a previous role I put out their first ever release on cassette. It’s great to say the band still going strong and their 2020 released EP ‘Temple of Flesh’ is firm proof that the band have not lost a step over the years. Opening with the savage attack of ‘Oh Father, Oh Satan’, colours are nailed firmly to masts as this Satanic ode to dark worship ploughs through its diabolical resume. Using slightly lo-fi production, the muffled drum beats, grim hungry raw vocals and relentless cold riffs, Morte Lune bludgeon their way through a repertoire that pauses only for short bursts of ambient calm, no less sinister for their lack of aggression.

If anything, the second half to this EP ramps the aggression up a couple of notches, and yet the sound remains refreshingly catchy; and never does the satanic theme relent. ‘Temple of Flesh’ is a release with one message and that is to bask in the glory of the dark lord. I will admit that for the whole release it does suffer a little from a lack of variance, however that is minimal, especially with this being an EP and not a full length, plus the musicianship and brooding atmosphere more than make up for it. (Luke Hayhurst)