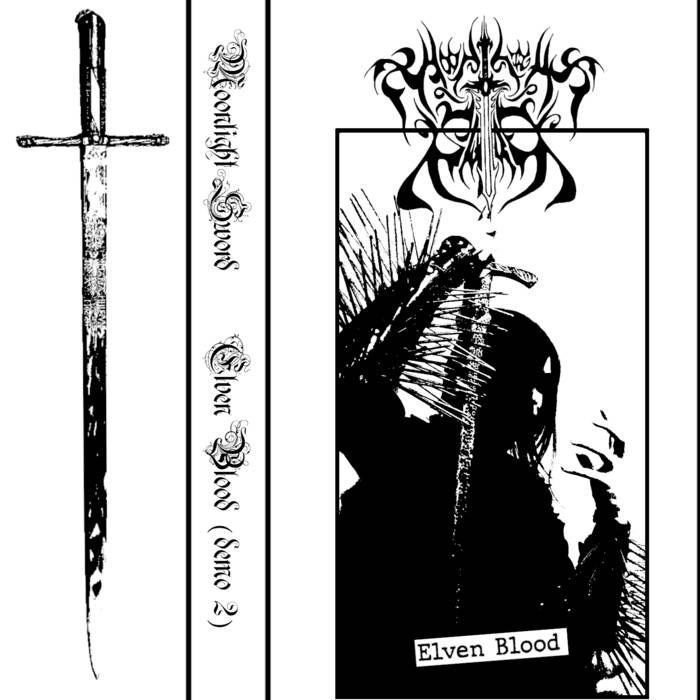 With ‘Elven Blood’ Carmilla II Dracul returns with a follow-up to her ‘Elvenwinter’-demo, released earlier this year. The demo gave a nice first taste of the music of this single-lady driven act: synth-heavy and filled-to-the-brim-fantasy-themed Raw and Atmospheric Black Metal.

On this follow-up, Moonlight Sword actually sounds entirely in line with the songs on the ‘Elvenwinter’-demo. However, it does seem a bit less dense right away and gives (even) a bit more room for the synths to do them justice. You could even argue now that in some cases there is a bit too much emphasis on them, the keyboards might sound a bit too artificial as a result. The piano pieces and buzzing background synths are very atmospheric, though, and offer plenty of contrast against the Raw Black Metal. In a song like the closing ‘A Knight-Maiden’s Pride’, all the elements come out best. At those moments, Moonlight Sword sounds like a full-fledged band that can compete with the better Symphonic Black Metal of around the 00’s. Yet, it keeps that necessary raw edge to prevent the whole thing sound too much like a Last Episode kind of band. One of the elements that keeps Moonlight Sword away from sounding all too polished is Carmilla’s vocal work, one of the strong points in this recording, much like on the demo. Her icy screams are still tastefully tucked away in the bombastic sound and still able to give the chills. A more than creditable EP from this young and promising act.