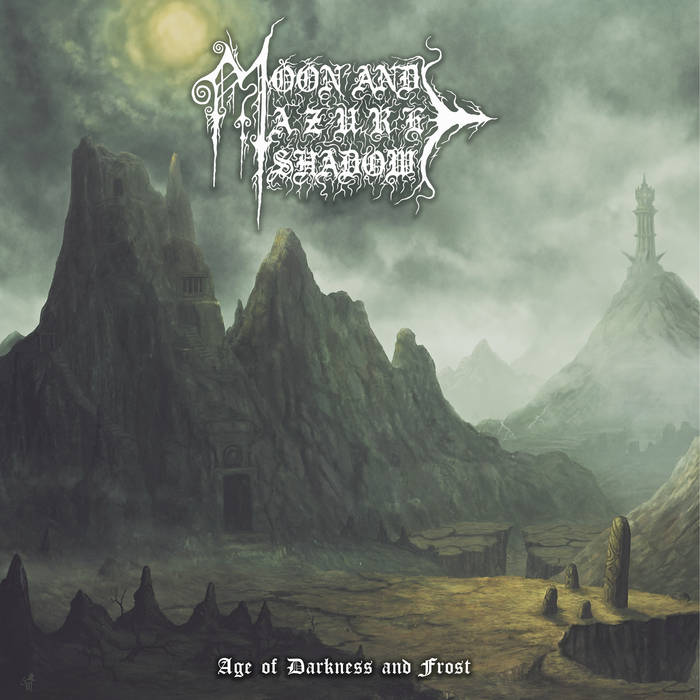 It’s amusing to me to have an epic/atmospheric Black Metal band who sing about frosts and winters yet hail from Los Angeles, a city that late comedian Bill Hicks prayed would dissolve into the ocean due in part to its inferno like qualities. Not a criticism, I just find it funny. Indeed, I rather want to like Moon and Azure Shadow and there are in fact a few things to enjoy about this one man band’s work. For example the seventeen minute long epic that is “Abyssic Lunar Tower” is almost good enough to justify the three tracks before it which could pass for Nightwish intro tracks drawn out to maximum torsion. In fact the first half of this album, the band’s second album for those keeping count, is pure filler. Well produced, well performed filler. It’s pleasant background noise and nothing more.

So after sitting through the Black Metal equivalent of on hold music for fifteen minutes the slow, plodding Burzum like “Abyssic Lunar Tower” comes as somewhat of a relief. I’m probably being a little over critical. The brains behind Moon and Azure Shadow, Sean Yoshioka, is clearly a talented musician with excellent taste in music. His synth work is superb and flows wonderfully, whilst the riffs and drums are basic but fit well with the overall atmosphere. For me though the album is lacking in a certain gripping quality and could do with more high energy Black Metal rather than mostly atmospheric backing tracks. (Heathen of the Horde)