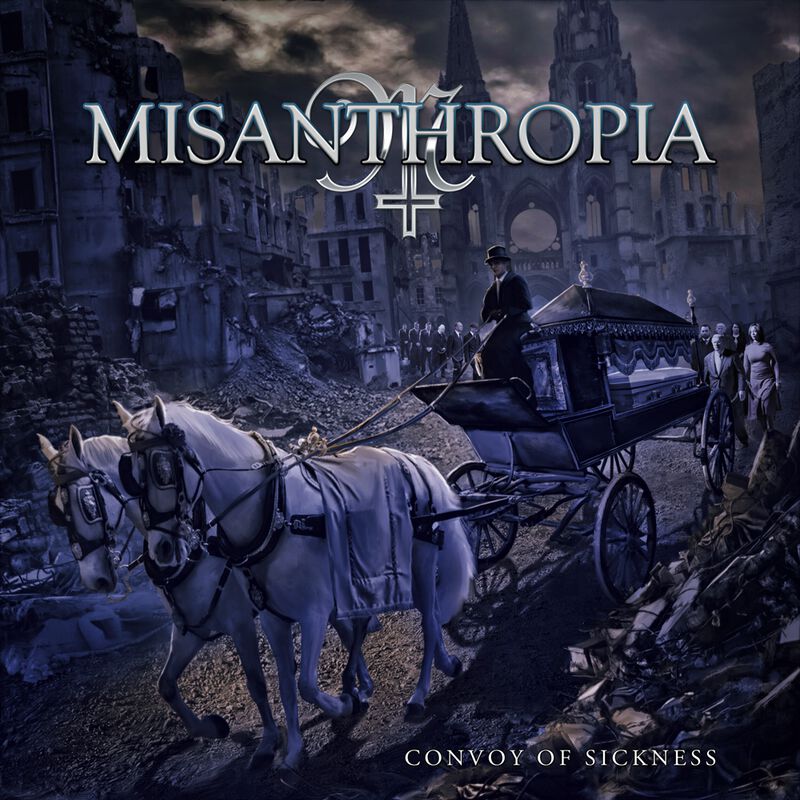 For those who distrust humans in general, Misanthropia released their 4th album “Convoy of Sickness” and went from Snakebite Records to Massacre Records as their new home.

The Dutch Symphonic and Melodic Black Metal act are tapping from the veins of early 2000 Dimmu Borgir, Cradle of Filth and the likes, Emperor’s “Prometheus – The Discipline of Fire & Demise” even at some points. During “Roze Balletten” it sometimes unfolds in a Black Metal version of The Monolith Deathcult and their “God Among Insects” track of their “Tetragrammaton” album. “Convoy of Sickness” results into an album with tracks full of ideas, twists and musical excesses. Maybe a bit too much as you hear so many things, that a song or a track itself doesn’t stick.

If you enjoy the more mid 90s approach of this kind of Black Metal, I would recommend to check out Vargrav or Greve. If you like the more bombastic, theatrical and well produced kind of Symphonic Black Metal, you can get on this rollercoaster ride. (Ricardo)