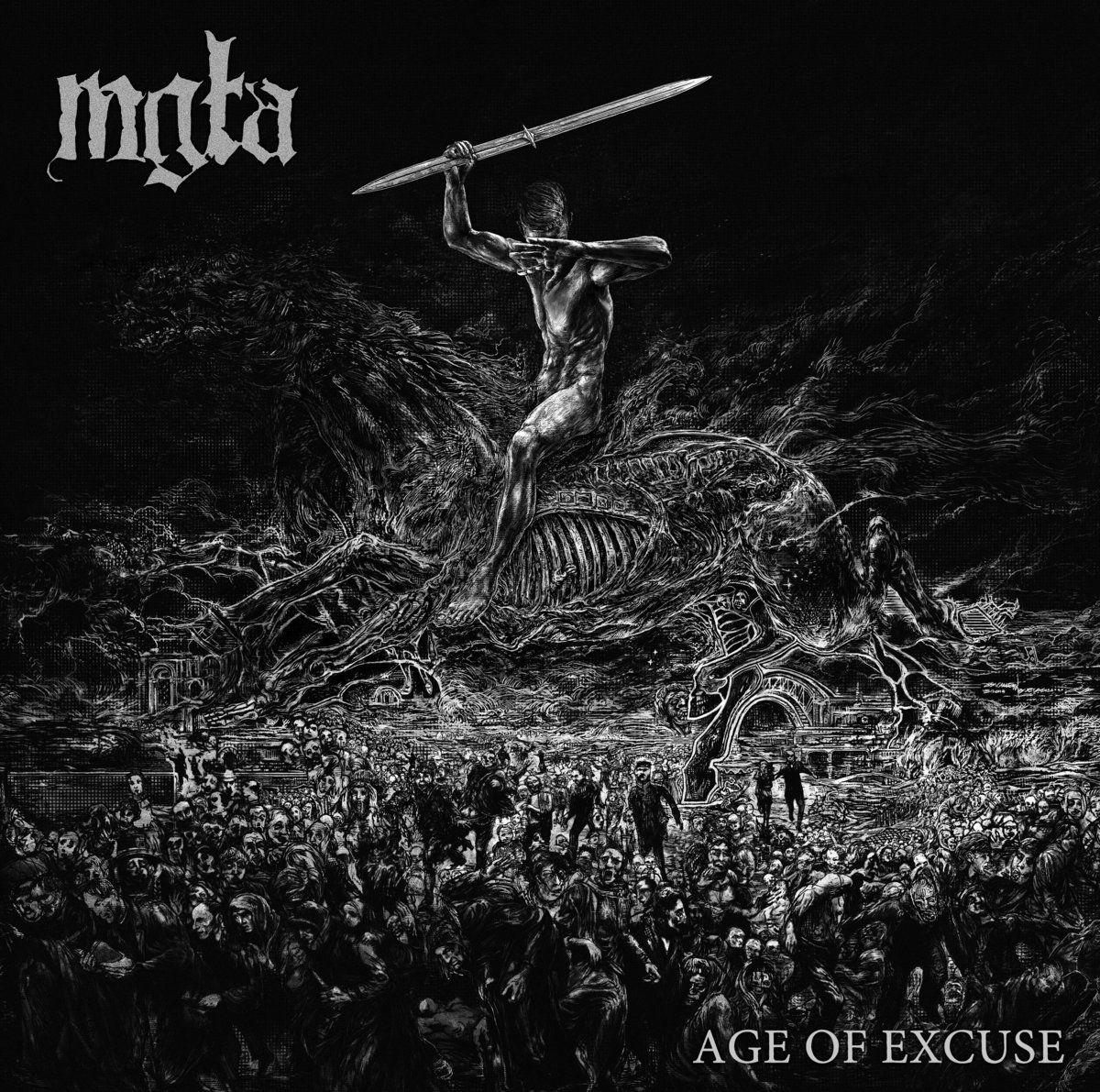 There could not be a better time to review this mastodontic release but now, in the middle of all the social unrest worldwide. The world is going crazy! Reason and common sense out on the window…

With all the shit going on Mgła come as a life jacket on a sinking ship or a helping hand in terrible need. If there is still someone who doesn’t know the Polish Mgła, do your homework and take a look at the past and present of the band.  One thing is for sure, when Mgła talks everyone should listen. They release flawless albums with new riffs, new themes that are unique and simply amazing on a regular basis since 2005. The first Mgła material came to my attention thanks to Northern Heritage’s “Crushing the Holy Trinity” and apparently the connection between Mikko Aspa and the band is still strong (for those who didn’t know, Mgła played a couple of Clandestine Blaze songs live on stage with Mikko Aspa doing the vocals, really something to watch!!). I simply got mesmerized by the sound from the first moments I heard the “Power and Will” and this did not change a bit since the years that passed.

As we could expect, the whole album is very solid, all themes and riffs seem new still simple and extremely effective. Mgła delivers same highest quality all the time; rock solid riffs, perfect drumming, amazing cymbals in the way we got used to, aggressive and fierce vocals spitting out the hard and dark truth. Very dynamic, the playing time is over 42 minutes and there are 6 powerful songs on the release, simply entitled with Roman numbers.

The release is full of rage, very eloquently representing the Polish general attitude these days. There will be a point when enough is enough, there will be a point when all this madness must end.
The actual sound of the album seems less polished than on the last album which I don`t mind at all and actually this is the sound I would call typical and the most suitable for this band. There is no better band I know of that describes the true, grotesque and fake reality better than Mgła. There is a lot of brain behind this band, the intellectual level of the releases if really high. How the lyrics blend with the music is again, perfect! Just take a listen and you will know what I mean.

We have to throw away our stupid prejudices and idiotic believes now, now our survival and freedom is at stake so I don`t care what you say or think about this band being too popular or commercial or whatever, Mgła is doing to everyone who listens a favour . SO LISTEN ON HIGH VOLUME! Hail Mgła!! (Woodlum666)