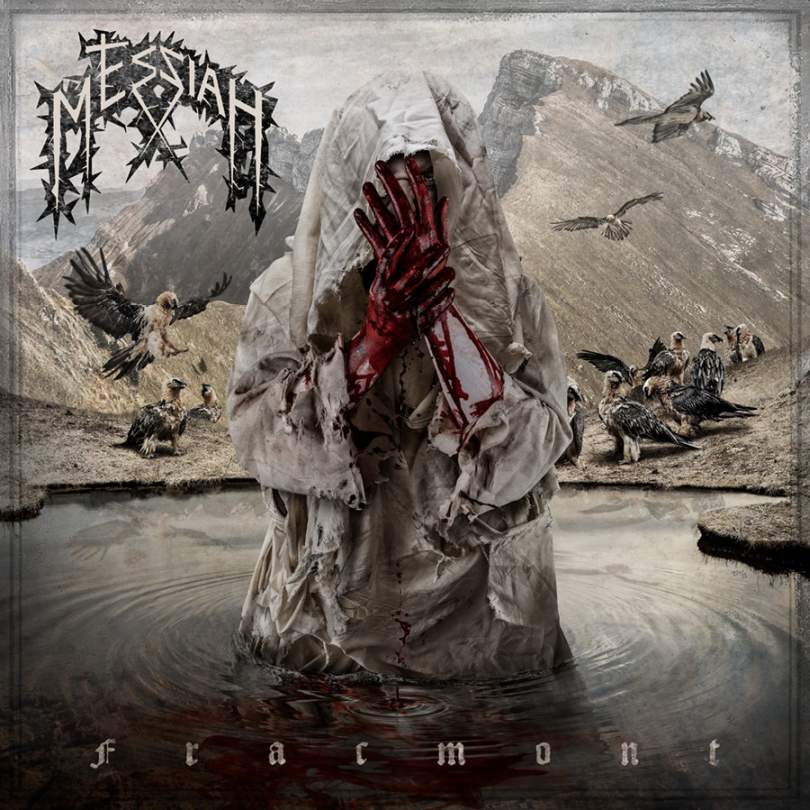 The time is finally right, the completely new, full length album from Swiss Blackened/Death/Thrashers Messiah is out as of the the year 2020. Two years following the release of this all out return to form, this reviewer is absolutely impressed from the very first 30 seconds alone. After over 25 years of releasing compilations, re-recordings, and live albums, we finally get Messiah’s “Fracmont” album. For those of you who have been curious as to what the return of these rather unique Old School pioneers who were never weary to try out something new yet true, they have returned triumphantly (similar to Protector in 2013 with their fantastic “Reanimated Homunculus” album). 2020’s “Fracmont” bestows a slightly newer polished sound from these old Swiss gents stemming mostly from the 1990 lineup yet actually grants the listener something new without betraying the band’s roots in any shape or form.

From the very beginning to the last second of just under 50 minutes of music, are hooks throughout these ten surprisingly memorable tracks. The style remains relatively the same in true Messiah fashion with the songs still feeling all over the place. The tracks range from over two minutes long to nine and a half minutes long, so this does not really feel like they went by the numbers. Then again, Messiah have always done their own thing with heavy melodic moments that seem much darker than when they are at their fastest. Everything I recall regarding this band’s earlier releases are present here when it comes to the overall songwriting and musicianship.

The only aspect of this release that will stand out different from the group’s older material is definitely the vastly improved quality of sound. The guitars definitely sound less abrasive on the ears than the first few albums, which was part of the charm, but maybe that precise sound would not have translated the same in this modern era. I think they made the right choice, since this does not sound over polished to me. Messiah’s style has not really changed as there are some quality heavy tunes on this release such as “Urbi Et Orbi” and “Children of Faith” that make you feel as if a shovel is pummeling you, but it’s a shovel concocted from Old School Death Metal, so it’s a brutal and heavy shovel loaded with fun.

Another notable part of the album is the last song titled “Throne of Diabolic Heretics” which almost made me feeling like I was listening to Entombed’s “Clandestine.” The track starts out with an operatic segment before plunging into a speedy, punishing, yet melodic and memorable tune, which pummels along some mid tempo riffs until the second half of the song which slows down drastically, yet sounds natural and necessary. The albums ends very distinguished as the pacing slows down with a melody made to stay in your head even after the CD is finished. Overall, there was a huge amount of effort put into this release and nothing feels forced. I will be raving about this release for a while. If you need some Old School Death/Thrash with a touch of the melodic, the way the genre was perfected in the 90s, by bands such as Entombed and Asphyx, then this release is highly recommended for you. (Old Man Stares)