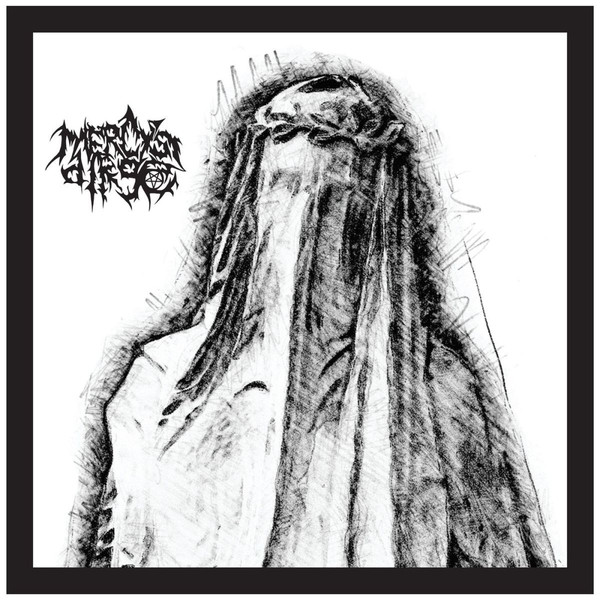 It’s always interesting to come across artists that started their journey many years ago and you never noticed something about them, just to be surprised and catched about their efforts recently discovered. As I stated in another review a wrote during the last couple of days, tons of releases don’t make things easier nowadays to be seen through the masses.

Mercy’s Dirge are from Suceava, Romania, and were founded in 1990 or 1991 (depends on the source). They were active until 1997 and broke up, just to re-emerge in 2015, almost 2 decades later. During the first period they released 2 demos (1993/1995). Since their reanimation they released a self-titled EP in  2018 and in the same year their debut album “Live, Raw & Relentless” (digital and independent only, Loud Rage Music released it on CD in 2019) which we now discuss.

To get a better picture of the band I also checked their old demos and something that I noticed immediately is that the band seemed to be in cryostasis. The sound of the old times hasn’t changed that much, but their skills and the production did (If I checked correct some songs are from the demos).

Imagine Hellhammer, Necrophagia, Sarcofago and other south-/central America warriors came together to jam some tunes, then you got the sound of Mercy’s Dirge. Proto Black/Death/Thrash as I would call it, very versatile, ugly and unconventional. Old fashioned for its mix, modern for its approach, timeless for the songs. The punkish flavour is spread quite high in a song like “Devilish Wish” and as mentioned, Necrophagia are probably the closest thing I can compare them. The vocals alternate between lower grunts and high pitched bone shattering screeches. The bass is really present and gives the total sound a nice bottom. The drums are natural and dynamic and show a wide range of patterns and grooves. The guitars got that old dirty distortion. Cool riffs and leads, lots of Thrash metal as fundamental structures, Grind/Punkish/Black metal from the early nineties, those higher pitched tremolo chord pickings, gotta love’em.

Cool to see that Mercy’s Dirge managed to release a debut almost 3 decades after the inception that is true to their roots and sound and still works nowadays, thanks to good song writing, good musicianship and a well-fitting production. Old schoolers out there, check “Live, Raw & Relentless”. Some good violent fun here. (DPF)