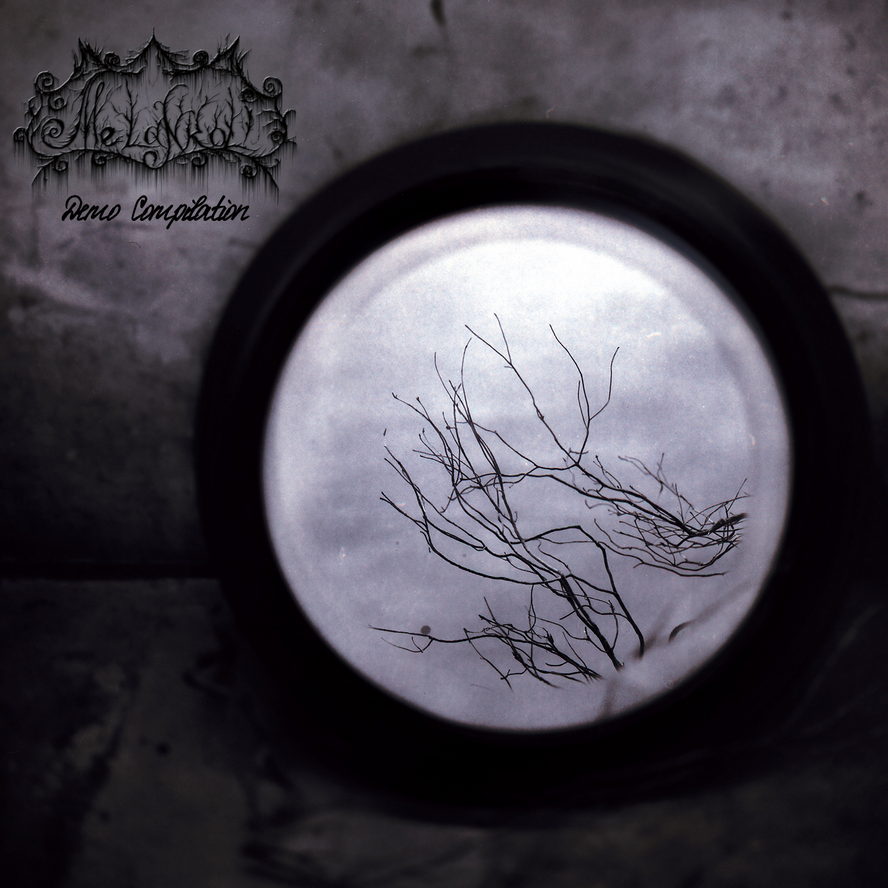 Melankoli is a one man band from Moscow (Russian Federation) run by a musician who calls himself Unknown. The band has been in existence since 2009, releasing several demo’s , EP’s and even a full length album, entitled “Wind” in 2012.

“Demo Collection” is a compilation of songs that were written in 2009 – 2010 and released on a digital platform in the same year.  A Pile Of Graves Records decided to re-release this 10 – track compilation at the end of 2019 on CD.

As said before “Demo Collection”, housed in a beautiful Digipack offers us 10 little emeralds of one the most intriguing Ambient/Atmospheric/Depressive Black Metal ever conceived. The emphasis is put mainly on the instrumental parts, as there is only one real Black metal track with (horryfing bloodcurdling) vocals on this compilation, namely the third track “Ода к смерти”. 10 minutes of astonishing invasive music.

Really a pity because on this track one can hear the haunting atmosphere of the band in all its glory: depressive Black Metal submerged in thick layers of synths and ambient landscapes. The other 9 tracks are instrumental compositions with lush melodies of atmospheric synths accompanied by drums, acoustic guitars/ emotional fragile riffs and perfectly infused with soothing ambient soundscapes filled with ethereal choirs or Unknowns ghastly growls, which give this music a grand cinematic feeling. The musical texture of the tracks varies between sad depressive music and dark haunting orchestral pieces. As orchestral as they may seem – the Black Metal aspect still remains present.

One thing about this compilation could have been better, namely the editing : there are no fade out’s at the end of these instrumental tracks. When you reach to point of becoming totally ‘Zen’ it all stops abruptly, seriously disturbing the flux. And these may be demo tracks – they are of superb quality.

A Pile Of Graves Records apparently saw the potential of this compilation and made a wise decision in re-releasing it.

“Demo Collection” is an album that surely will appeal to fans of Lustre, ColdWord, Elderwind, Burzum or even a Hypothermia. Boredom is far to be found if you’re into this type of music. (LCF)