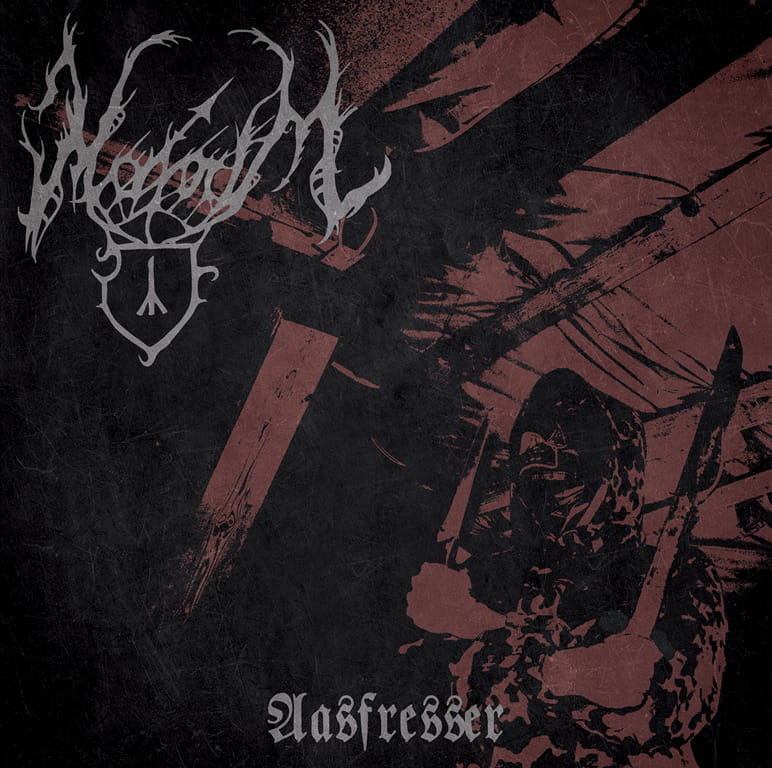 I just have to tell you, this more atmospheric, ambient, take on the second wave of Black Metal truly speaks to me. It’s in my bones, it’s in my body, it’s in my soul. Something just seems to somehow align with my natural human(ish) vibrations and this style of blackened gorgeousness to a point where it actually effects me physically, in a good way. Which you may be asking yourself; Black Metal effects him physically in a positive way? Well, yes. Evil, nasty, gnarly, sometimes (hell, a lot of times) Satanic Black Metal? Yes but the more atmospheric/ambient side the better, for the most part. It just washes over me and engulfs me in waves of calm, comfort and, for lack of a better term, centering.

But enough about me and my body boner for Black Metal. Let’s talk about Mavorim, for they are (he is) a one  band currently from Allgäu, Bavaria, Germany. Whom have been very busy in their short, five year existence, with a demo (which is very limited), two splits, two EPs and full length album all released in that span. “Aasfresser” being the second and newest of the EPs. The main, and only, man P. handles everything musically and always has, this is his baby and no one else can join in, except you, the listener/experience-er.

And on to the experience we shall go. What we get with Mavorim’s “Aasfresser” is a six track EP of all new material plus a four track demo of some older stuff. We will tackle each separately and to avoid confusion we will call the new EP Part One and the demo material Part Two.

Part One opens with “Victoria,” a symphonic, horn-filled introduction that is very melancholic and fitting for just about anyone, to start an album in the Black Metal genre as a whole. Up next is four tracks of blackened goodness that touch upon the Second Wave of Black Metal while incorporating ambient and atmospheric touches to create a beautiful yet grotesque piece of art. One that rises and falls and twists and turns on to majestic glory. “Lux Aeterna” finishes off Part One with another symphonic piece to serve as the outro.

Part Two comes next and as mentioned before, this is some demo material added on to this new EP. As with most demos associated with Black Metal, this is raw and bestial, much more gnarly than Part One. The music presented on Part Two very much sounds like Sargeist or Horna, which in this reviewer’s humble opinion is a great thing. For their type of bestial hypnoticizms are so primal and pure you can’t not love it. It’s a different beast than Part One but no less glorious and majestic, just a lot more primal.

As stated above Part One and Part Two are different animals and paired together just seem to play at odds with one another. While each Part in it’s own right is really fucking good they just seem to not really flow that well together. When listened to in two sessions seperately, as if two different releases completely, they come off as outstanding. This flow issue aside, “Aasfresser” is a great release period. I’ve personally been stuck on this album and review because I’ve just been listening to it for fun and enjoyment rather than for review purposes. Honestly, if you even slightly enjoy Black Metal you will enjoy this album, it’s fantastic.  (Ben Schultz)