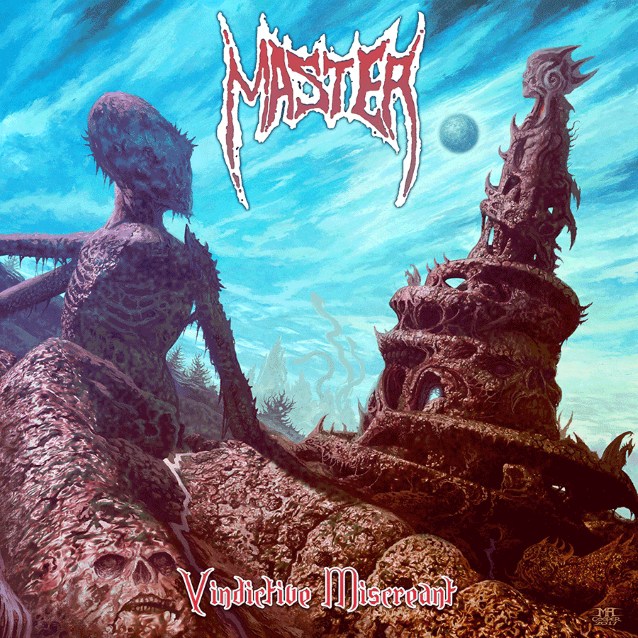 Part Thrash, part Death Metal, part Motörhead and all awesome. This is how I would describe Master and the band is further solidifying their legacy with their latest full length, “Vindictive Miscreant”. Master is one of those bands that is on the radar of every underground Death Metal maniac but they have never really reached the same level as many other less deserving bands. This album isn’t going to change that unfortunately but for those of us in the know, this is an album you won’t want to miss.

Master has always taken a more punk influenced or Motörhead inspired approach to Death Metal. Don’t expect blast beats because this is Thrash beats almost exclusively. The first three songs all have a similar feel to them. Dark power chord riffs, charging drums and Paul’s unmistakable vocal style. It sets the pace for the album and lets the fourth track “The Inner Strength of the Demon” really hit home when it starts with a slower approach. Distorted bass and thrash gallops set the stage before the Motörhead fuelled riffs return towards the end of the song. I could see some people argue that the album is a bit one dimensional. But I would use another word for it, it’s a very focused album. The band knows where their strengths lie and they don’t deviate from that formula. Let’s be honest, Master is not the band that you come to for experimentation. This is the band you come to if you want to headbang until the whiplash sets in.

Throw in some excellent cover artwork, a powerful slick production and you have an album that will be hard to pass up for fans of Master. The band has been going strong since before 1985 and I don’t foresee them stopping anything soon! Vindictive Miscreant is a hell of a ride for fans of thrashy and dark Death Metal and if you haven’t heard Master yet, what the hell are you waiting for? (MikeH)