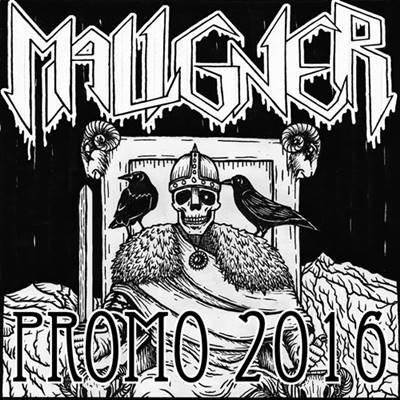 A 2-track promo of a Swedish band which contains of Chilean members, who will release new material through Unspeakable Axe Records and Blood Harvest. A certain expectation of quality has risen. They play furious Death/Thrash in the vein of early Merciless and early Kreator. It’s all about the riffs, hard hitting drums and speed. One thing is for sure, Maligner is a name to remember for the near future. Man, this issue is filled with Chilean top notch material (yeah, they live in Sweden now…) Nice to know there are still bands out there who can play this way. (Ricardo)