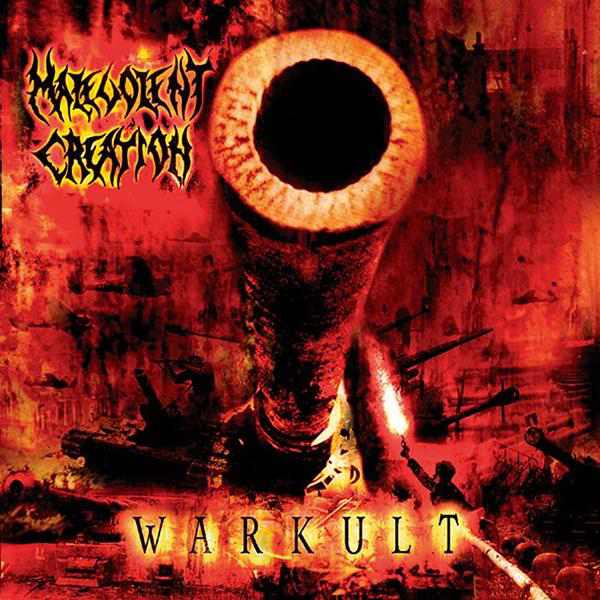 alking around since 1987 and releasing your ninth album. Already a fact to be proud of. Another thing where the MC guys are proud of is the returning of drumbeast Dave Culross. After having skinbashers like Derek Roddy and Tony Laureano behind the kit, Phil Fascania is glad to have Dave back and even calls this “the best ever line up”. I do think some would like to replace Kyle Symons with Brett Hoffmann or maybe Jason Blachowicz but everyone has got their favourites he?

“The Will to Kill” was and still is a crushing album. It surprised me that the promosheet mentioned that “Warkult” is more heavier than all previous albums. Although you can’t compare the heavieness of “The Ten Commandments” and “The will to Kill” to name two albums, I was curious how they are going to realise this. The songs are more diverse with the use of pace changing ranging from pure blasting to catchy midtempo passages. So comparing “Warkult” with “The Will to Kill” one can say the pace is slower…how can this album be heavier? Well, it’s already have been said; The pace difference. The combination of fast riffing and the pounding riffs is lethal. A good example of this lethal combination can be heard on “Supremacy Through Annhilation” and “Shock and Awe” and don’t forget to add the power from Culross’s drums. There should be a Leviathan cover (a demo band with Chris Barnes) on this album but unfortunately Chris himself was to busy with touring to sent the lyrics to the MC camp before the deadline. Also the other cover, the one of Hobbs Angel of Death named “Crucifixion”, is changed by “Jack the Ripper”…of Hobbs Angel of Death. The cover still has the ancient spirit but Dave Culross makes this track a track with a Malevolent Creation feeling with his drums ‘o speed.

“Warkult” will not dissapoint any Malevolent Creation fan or death metal freak in general. Grab your M16, put on your helmet and don’t forget extra ammo…we’re in war and we’re walking on grounds of battle! (Ricardo)