Lord of Pagathorn – Age of Curse 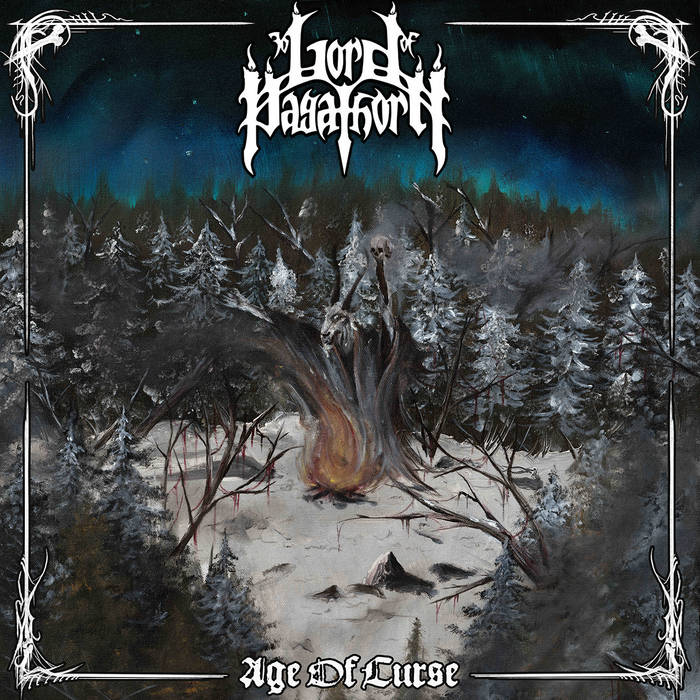 Having a first stint with 2 demos between 1992 and 1995, Juha Henttunen (Corpselord) resurrected Lord of Pagathorn with new members in 2010 and released a demo, an EP and 2 full-lengths prior to “Age of Curse”.

The Black Metal presented by Corpselord and co. has the essence of the traditional Finnish Black Metal which mixes both the harsh as the melodic side. Less harsh than early Behexen, less melodic than Thyrane’s “Black Harmony” or early Alghazanth (fair enough, they have a more symphonic approach…) so you’re getting more towards Sargeist.

“Age of Curse” is not a ground-breaking album, nor doesn’t it get on my top-5 “Finnish Black Metal” I’ve heard this or last year, it is a solid album still. (Ricardo)