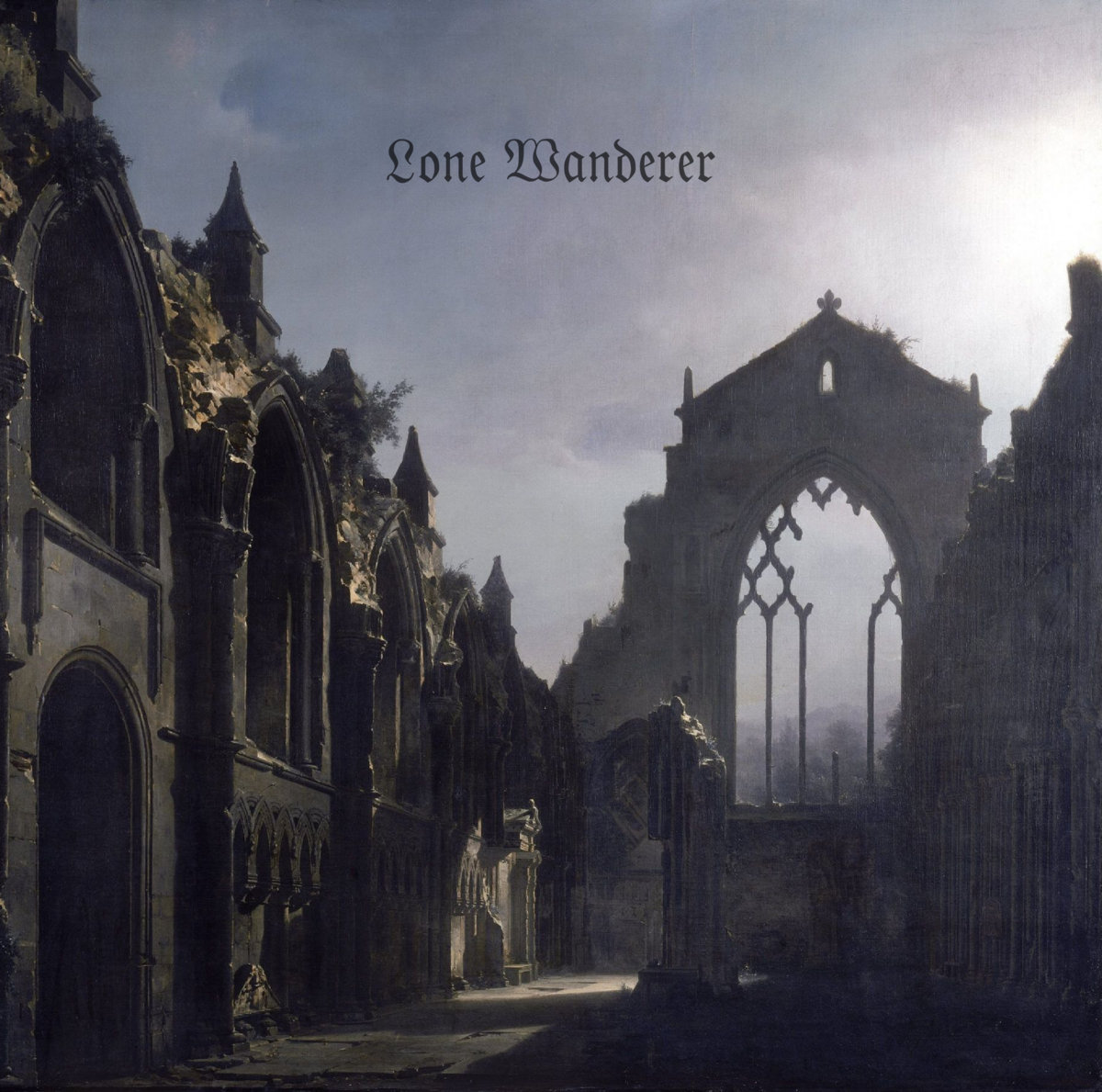 Four years after the excellent debut “The Majesty of Loss”, the Freiburg quartet returns on the scene with a full-length that could be easily put among the best releases this wretched year had to offer.

When dealing with a genre such as funeral doom, with all its tropes, one of the greatest challenges a composer must face is to find balance between the listener’s expectations and the risk of sounding severely uninventive. Lone Wanderer managed to deliver a deeply personal, sincere, and inspired album, yet perfectly operating within the stylistic paradigms of the genre. From the very first listening session, “The Faustian Winter” struck me because of a particular quality: this record is outstandingly focused. Across the four tracks that make up this hour-long album, there is not a single riff, not a section that sounds superfluous. There are no instances of the bland, self-indulgent, mildly atmospheric fillers that are sadly often to be found in less inspired records, desperately trying to reach the minimum required length of an average Funeral Doom release. And yet, all the goals are met, all the boxes are ticked. The songs are excruciatingly slow, carried along by a cavernous growl, occasionally interrupted by cleaner interludes, enriched by spoken passages. The drum-work on this album shows a substantial improvement, contributing to the bigger picture in more complex and tasteful ways than it did on “The Majesty of Loss”. I still consider the guitar arrangement to be the strongest point of the band: the somber melodies, as well as the elegant textures, constitute the main element that confers uniqueness to the album. Along with its crushing weight and grief, “The Faustian Winter” manages to convey a sense of dreadful beauty, a somewhat unexpected serenity in the acceptance of sorrow.

Although sincere, Lone Wanderer’s style is by no mean revolutionary ­­­­– nor does it aspire to be – drawing most of its influence from the Australian outfit Mournful Congregation, whose singer Damon Good took care of mixing duties on “The Faustian Winter”. Indeed, the production on this album deserves a paragraph of its own: all the elements of the mix are carefully kept in place, resulting in a beautifully clear and refined sound, yet sensibly organic and in no way over-polished. The punchy, spacious drums and highly resonant guitars, layered in complex harmonies, contribute to the depiction of a rarefied atmosphere, a vast and decadent landscape, perpetually oppressed by the impending presence of ominous “domes” as those described by the lyrics. The whole mix is kept together and brought to life by the excellent mastering of Dan Swanö, adding depth and nuance to the songs.

While the times are not ripe to determine whether “The Faustian Winter” will hold an important position among the most celebrated funeral doom records, it certainly is a valuable gem from an underrated band, whose less abrasive style could attract new fans of the genre. (LucaR)