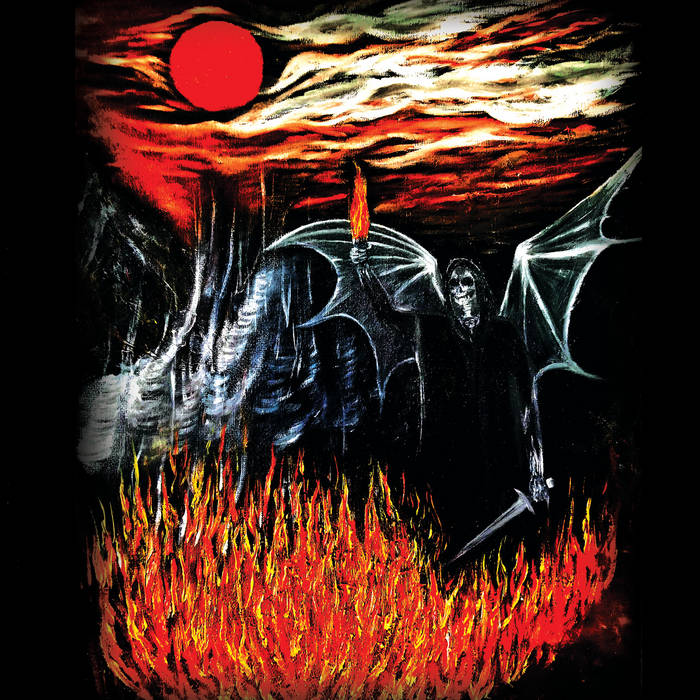 Belarus Black/Death! Ljosazabojstwa from Minsk are devotees of the extreme since 2014 and already released 2 EP and 1 demo.

I remember when I first listened to their demo “Staražytnaje licha” I was already taken by their straight but versatile sound, very captivating. “Sychodžańnie” only increased that hunger. Strangely enough I somehow missed their last years EP “LszB” but will check that out as well.

Now finally with “Głoryja śmierci” (Glory of Death) they unleashed a classic Black/Death full length that combines first and second wave elements, including occasional organ sounds and stuff like that. The song writing is excellent because every tracks flows and keeps to be interesting until the end. 5 tracks in 45 minutes show the capability to write longer songs and still keeping it fluent, catchy and bangable. The ritardando on “Imia mnie – Liehijon” is just brilliant and well placed before the rapture continues. Those details make this record a great experience. Besides furious up tempo bashing there is a lot of space for atmospheric moments, also shown on the aforementioned track for example, showing the deep Black Metal roots and moments, perfectly intertwined with its deathly brother.

“Źniščany boh” starts with a clean guitar work, absolutely well written, before the bass takes over shortly and hell breaks loose! Wow! Later on the Hammond soubds appear again, and some eerie atmosphere has been evoked and the groove monster collides! The last track starts similar but then continues much darker, more Autopsy meets Revenge like, bull balls heavy weight and then something Obliteration styled Black/Death/Crust sections, killer!

The next part is indicated by a Tom G. Warrior like UH! And the groove continues (this is all in the first half of the song). The second half of the song has got Bolt Thrower/Bölzer vibes and then changes into sludgy Autopsy part again. The leadguitar was written and placed at the right moment, the attention remains high and so the ride continues. Black/Death/Crust is back and so the song slightly goes towards its end with a more thrashy riff (remember the UH! Section?) before a tribal like open string riff concludes the glory of death.