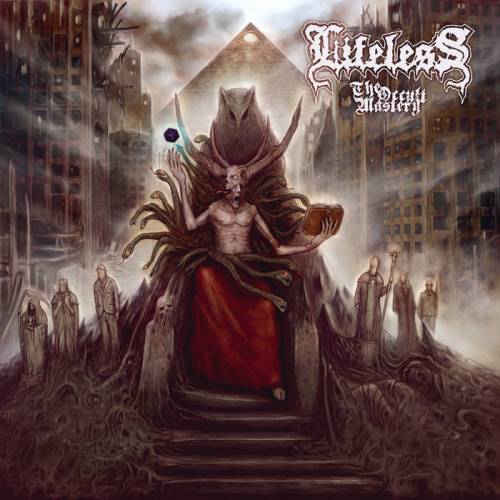 I remember when I first discovered Lifeless… it was four years ago, when they released “Godconstruct”, their second album, on the then-called FDA Rekotz (later changed to the current FDA Records). I was immediately into their sound and I remember listening to the album all the time: at work, at traffic, at home, etc. I also remember how hard it was to find any info about the band online. Maybe because they share the name with at least three other bands (I even found some music under the Lifeless name and quickly realized that couldn’t possibly be the same band… ahah) or maybe because I wasn’t paying attention to the google results. Today, also due to their own marketing skills and their labels, it is much easier to find them and I’m guessing their fan base has been growing a lot because of that. They deserve it! Fast forward to 2017 when they finally have a new album coming out. Titled “The Occult Mastery”, it is a clear step forward for the band. The production is unbelievably good and the songwriting shows the band expanding their own style based on a familiar Swedish sound. In fact, in my opinion, Lifeless has used the Swedish sound on this album only as a foundation and moved away from the typical formula used within that specific area of the death metal world, consolidating their name as a unique death metal band! (Antonio)