Leviathan – A Silhouette in Splinters [Re-Release] 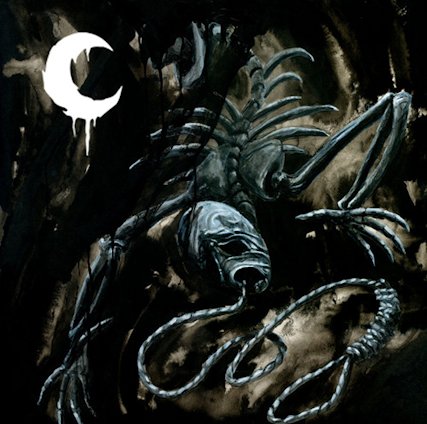 This was originally available only on painfully limited vinyl, so Moribund’s decision to re-excavate “ASIS” is a welcome one. Particularly now that Wrest has apparently laid his Leviathan muse to rest forever. Over the past five years (and for the same again before that, if you follow the demo scene), Leviathan has been responsible for some of the most incredible black metal known to man. So prolific and so non-commercial, though, that it was almost impossible to collect all his work.

The mixture of blackness and ambience has become a blueprint for wannabes everywhere, but Wrest was always the original and the best practitioner of his chosen poison. “A Silhouette In Splinters” is a very unusual Leviathan release in that it focuses more on the ambient side of the persona than the BM. Thus, we have six lengthy tracks that dwell in the atmospheric spectrum, with hardly a vocal line in sight, just the creator’s morbid vision of ghostly existence.

This is really haunting and harrowing stuff that has very little in common with orthodox black metal. But it’s horrific as all fuck in its own unsettling manner and is a timely reminder of how unique this Jeff Whitehead guy is. Extremely effective ambient music that’s more unnerving than soothing. Shit, I can’t wait for the second Lurker of Chalice album. (GeraldS)