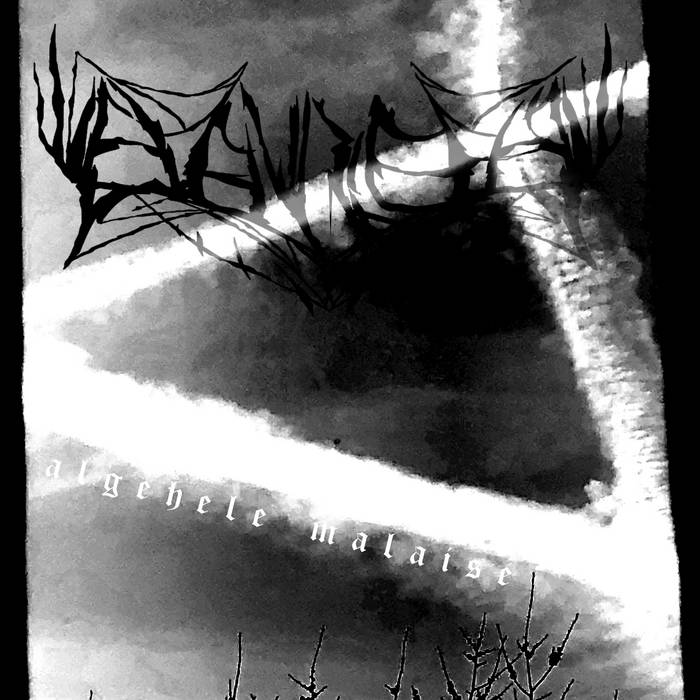 On January 31, 2019, one-man band LevendLeed released through “Back From The Grave Tapes” its first demo, simply titled “Demo”, presenting five depressive Black Metal songs each overflowing with despair and hopelessness, immersed in a grim but perfectly fitting lo-fi production.

2020,…”LevendLeed” is back,…with a bang. “Algehele Malaise” blows out of your speakers like a proverbial fragmentation bomb. No more Lo-Fi production, session musicians were recruited who modelled a massive atlas stone out of the LevendLeed sound. The bass guitar rumbles like the stomach of a starving mammoth, the drum sound feels spontaneous and organic, powerfully setting the rhythm for this emotional journey. Mastermind Thomas Philip Acids scream is assisted by a deep narrative voice that gives the drawn-out songs that extra depth. Needless to say, production has received an extra boost. A lot of attention has been paid to atmosphere-enhancing sounds, which give each song its own identity and draw you as a listener even deeper into this black, cold void. This is not an album to listen to in your car on your way to work, the chance is very real that you consciously drive yourself into the nearest ice cold river.

Reading the lyrics feels like an emotional sledgehammer, a massive weight on your soul. If Dutch is not your native language, please do me a favor and have these texts translated online. Clearly a lot of time and feeling has been put into these words and sentences. Which makes the lyrical context as compelling as the music.

All of these observations mentioned above, make these six overwhelming tracks on “Algehele Malaise” sound very coherent yet each of them has its own unique character. On “Niemandsland” a mean but melancholic melody reverberates beneath the surface. “Routine” creeps out of its damp hiding place sounding like a construction created by mighty Sunn0))) itself, melting into a choking granite chunk. (Note the dying final chord).

When you clear your mind and really take some time to listen to “Algehele Malaise”, you imagine yourself wandering through bleak streets filled with gloomy towering buildings, fog, loneliness and calamity lurking around every dim corner. Not a living soul to be found on the sidewalks of these gritty streets, no home to go to, and a poisonous fragrance penetrating your nose.

Keep the antidepressants at your fingertips, lie back in your sofa and let yourself be absorbed in the black grief produced by LevendLeed. (Franki_boj)