Koffin – Nailed Into The Coffin [Demo] 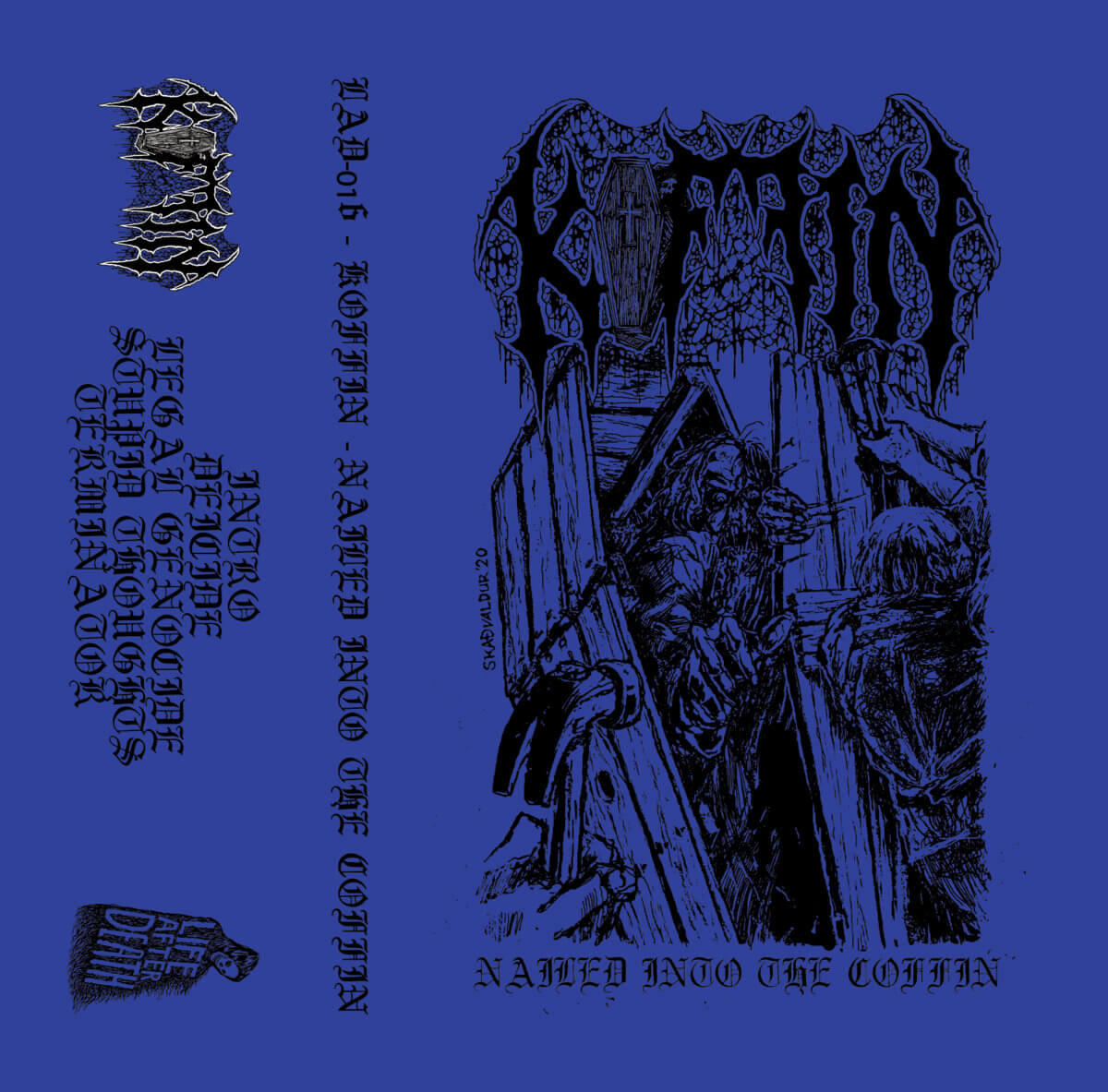 Based out of Estonia, Koffin is a quartet that’s barely been formed since 2019, putting out a five track demo called “Nailed to The Coffin”, which made me smirk considering the spellings.

Any who, you can hear influences ranging from west coast Dark Angel to east coast styles of Baphomet (there’s & some overseas groups like Amorphis. There’s nothing groundbreaking about this demo but still enjoyable and is something familiar to absorb. I do enjoy the thrash styled guitar riffs with the guttural cadence of Sander Vider’s vocals with additional bits of breakdowns and solos through out. Artwork done by Skadvaldur, straightforward interpretation of a demonic entity literally being nailed into his coffin, ironically gives the demo more verve.

17 minutes of tuning in; starting with the “Intro” has bell tolls and organ, gives more haunting vibe seep into. “Deicide” literally has the first two minutes of Baphomet’s “Streaks of Blood” (which Dying Fetus also covered on GI) riff. My favorite “Legal Genocide” has about 30 second sample in beginning about Hell on Earth, then goes into a hefty track, good layout to place this track in the middle. “Stupid Thoughts” only shows the progression of intensity Koffin portrays and gets better. Closing track “Terminator” truly is a gem that’s best for last, with yet another movie sample and extremity all around.

Its OSDM crossbred with some overseas influences. Melting pot of subgenres solidified onto this demo. LP can only hope will release soon enough! (Tori Belle)