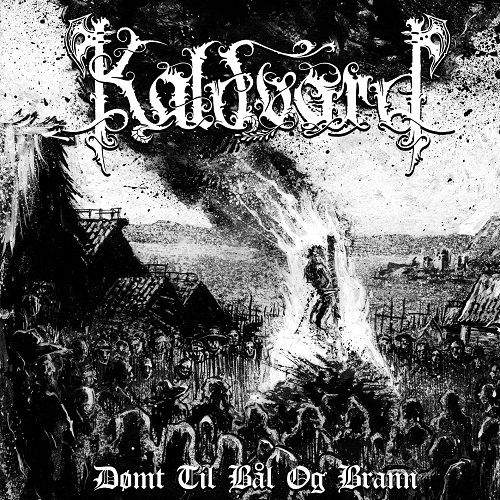 After years of silence and leaving the music business altogether when leaving Gravdal, Galge returned with his own brainchild, the Norwegian Black Metal band Kaldvard.

According to the band Kaldvard means cold and chilly in ancient Norwegian but don’t expect the music being all grim and frosty, chilly is indeed a nice description as there is a lot of melody added. Lyrical wise it stays ancient with stories of survival, war, bitterness, hatred and so on, in a range of burning witches and sorcerers from 1570 to 1695 till the duty to become an executioner if your father happened to be one. Don’t you just love folklore and myths?

Norwegian Black Metal with a melodic twist, no flaws whatsoever but not nuts-grabbing either. (Ricardo)