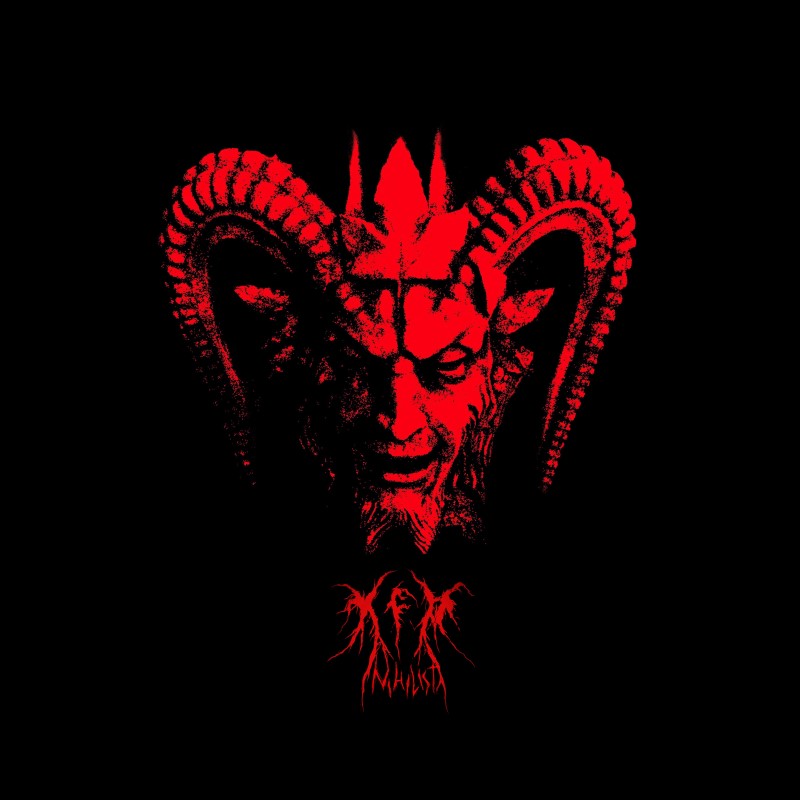 ‘Satan is but a little man, compared to Maxime Taccardi & K.F.R.’

The Hannibal Lecter of Black Metal returns! Maxime André Taccardi. A new album from one of his outlets, K.F.R. ( ‘Kāfir’, which means as much as infidel or disbeliever in the Arab language) returns with his new opus “Nihilist”.

Main man and musical mastermind behind this band, Maxime Taccardi, thought this one through and decided to turn it up a few notches.

We get 9 tracks on “Nihilist”, nine bloodcurling descents into the nether regions of the psyche. Nine symphonies of dysthopian fear, decay, unearth perversions, smut and primordial darkness and destruction.

Again, Maxime displays his uncanny vocal acrobatics in full demented glory, still heavily borrowing from other extreme vocalists, such as Vorlok Drakksteim & Wlad Drakksteim (Vlad Tepes / Vèrmyapre Kommando), a Vordb Dréagvor Uèzréèvb (Vzaéurvbtre), the rasping guttural theatrics of an Attila Csihar (Mayhem), the abrasive tormented vocals of Meyhna’ch (Mütiilation era) and the animalstic frenzy of Herx Málvcxyöne Famentas (Herxsebet). The fact that so many LLN vocalists are mentioned here is because of the vile, rotten and disgusting way how both vocals and music tend to lean over to this scene of old.

Maxime’s vocals can clearly be heard in the mix, the rest seems to centrifuge around them: chainsaw guitars, a very audible and pounding bass, sledgehammer drums, backed up once more by thick curtains of unsettling cinematic sounds and sound effects. Like the creepy buzzing of flies on “Lord of the Flies”. K.F.R. doesn’t need to rely on constant blast beats nor superior tremolo picking. No: this music is like a slithering snake. Slowly but surely it tries to get under your skin, in your blood stream and into your head.

And while this apocalyptic soundtrack unfolds, Maxime does his thing: rasping, guttural sounds ooze like slime or vomit from his mouth as he tries to drown you in the shite of human insanity, gore and beast-like arcane darkness.

And not only does it combine all the elements of underground Black Metal, it also adds several others. Just turn up the volume of this album and focus on the multitude of scary sound collages.

I’m not going to spoil the surprise by describing every track in detail. Only: the last track, “It’s not over yet (the raping of Symphony 7)” really nails it. Seemingly influenced by the figure of Charles Manson, this 8-minute calvary keeps you rivetted to the last second. Being familiar with K.F.R., I wisely took cover to brave the storm. As the last seconds died away, darkness fell and a sudden feeling of coldness and uneasy came over me. It had started to rain. A bad omen.

Conclusion: “Nihilist” is yet another KILLER album from K.F.R.

Fanatics of the LLN, Herxsebet, cinematic soundscapes and other musical incorrectness need not to hesitate for a second. And you will amazed by its sublime sound and production.

The album itself will be adorned by beautiful necro art pieces from Maxime Taccardi. And a series of animated video clips has already been deployed to promote this new album.

They should make these albums mandatory music in psychiatric wards. (LCF)