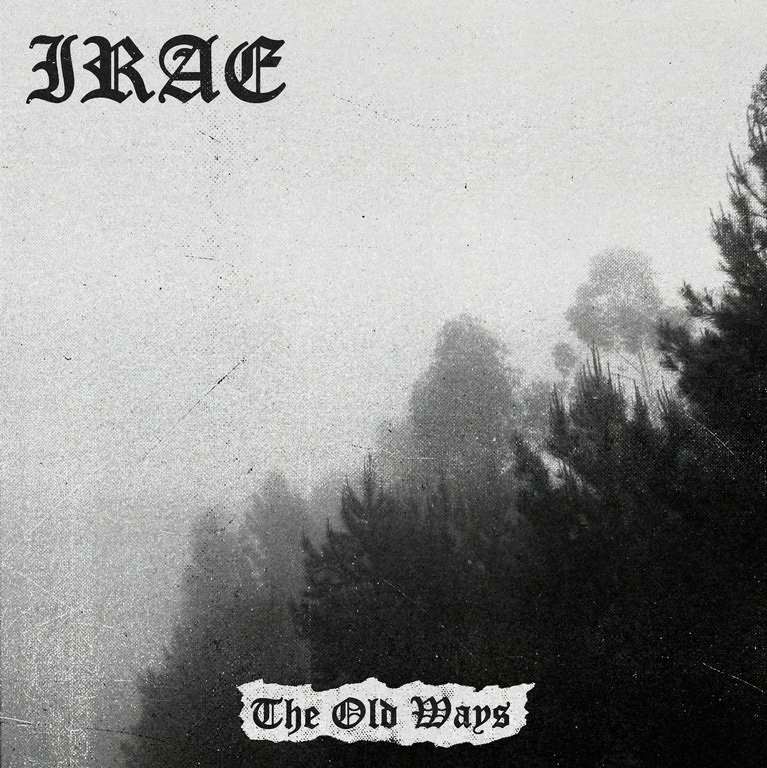 Or that Murmúrio abomination – which tried to subdue me into submission…but failed in the end, giving me a month of recovery and a badly needed free vacation behind the sacred walls of an Italian monastery…

Irae is also a key member of the insidious ‘Black Circle’ cult…An impressive resumé it is.

This new and limited 7 inch EP was released not too long after the sublime “The Maniac Perversion of My Soul” Demo. The EP adds another black pearl to his discography and for 15 minutes long, you are cordially invited to have a glimpse of what is Hell is all about.

Those who know Irae or any of the other mentioned bands, know what it stands for: harsh, cruel and utterly punishing lashes of tormented satanic Black Metal insanity.

The musical exploits of Irae have always been extreme, to say the least and lately seem to have evolved/mutated more and more into a superb, chaotic Portuguese underground Black Metal monster, drawing its inspirations from the Les Légions Noires and from more recent stalwarts of the black arts such as Vetala, not to mention other sonic terrorists that are currently on a Crusade to cleanse this world from Christian filth. Just to give you an idea.

“The Old Ways” is vintage Irae all the way – containing all the ingredients and trimmings that belong to it. Another brilliant masterpiece of total debauchery and devilish craftsmanship.

HIGHLY RECOMMENDED and bestowed with 666 Infernal Blessings. If you can’t find it…steal it !! (LCF)