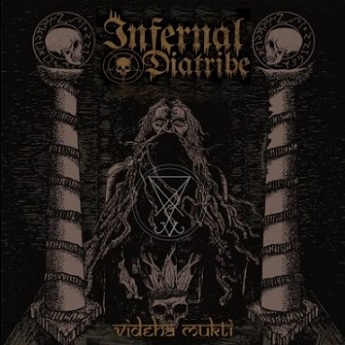 India isn’t probably the first Asian country when you think of Black Metal, but Infernal Diatribe certainly has its origins there. “Videha Mukti” is their first release as it seems they haven’t released a demo or something like that.  One thing is for sure, they want to play their Black Metal the Scandinavian and occult way, mostly up-tempo and preferably with blast beats. The drums sounds a bit off-track here but the EP does have some nice parts. Just not nice enough to hit the replay-button. (Ricardo)