Inert – Obliteration of the Self [Demo] 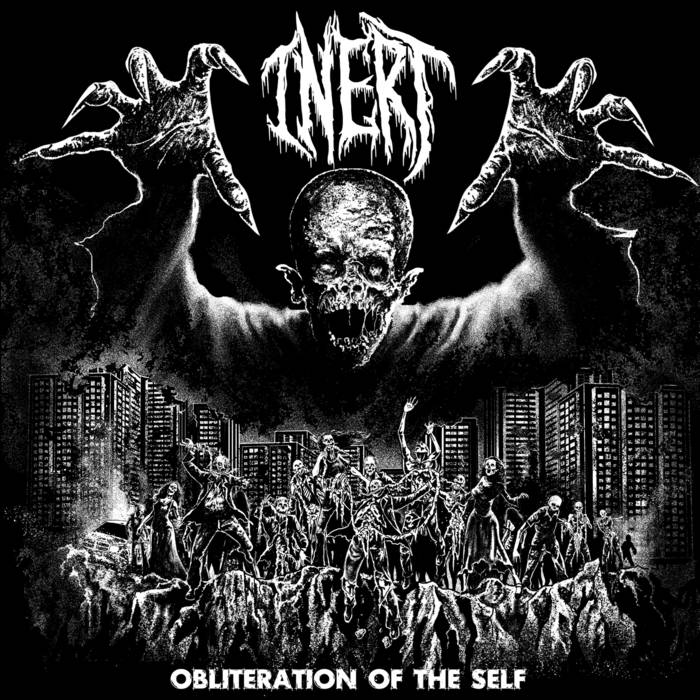 Inert is a recent-born two-man death metal band, active since 2015. The band members are both from Spain, but since one of them lives in Stockholm, it gets classified as an international act (their bandcamp profile has Stockholm, Sweden as their origin). Xavi Aguilar, the one that lives in Sweden, takes care of the guitars, while Gustavo Garcia (from Barcelona, Spain) is in charge of the drums and vocals. “Obliteration of the Self” is their first work, a three-song demo they recorded and released both digitally and on a limited-to-50-copies CD edition, only available on their bandcamp page. The best description of this small demo is given by the band itself: “three songs full of aggression, lots of groove, caustic buzzing guitars, and evil growls”, simply because it is true. Clearly inspired by famous acts like Dismember, Entombed and Grave, the buzzing sound can be heard right from the very first riff, opening the first song “Fake Servant of God”. This song reminded me of the Portuguese horror death metal enthusiasts Dementia 13 as well. Please, go get a copy of their CD while there are still copies available to be bought (I did it already). You’ll support the band which will hopefully return us the favour by releasing more great music like this! It’s a win-win situation… (Antonio)