In Pain – The Sound of Death 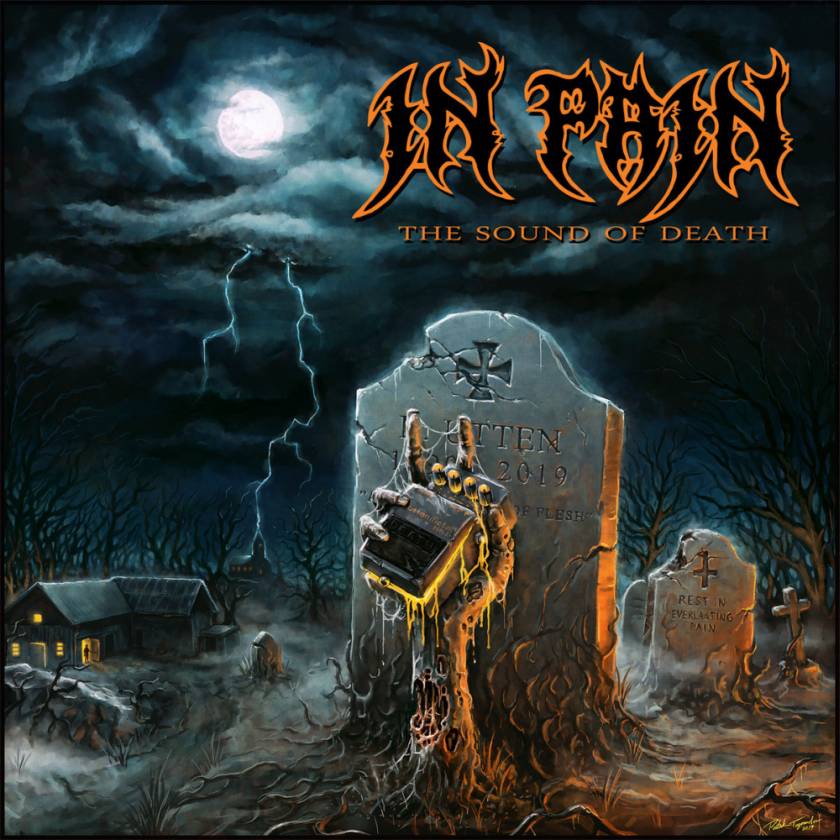 Swedish Old School Death Metal, now there’s something you don’t hear every day, well, hang on, maybe I lied just a tad. There are a few bands out there doing the same kind of thing, just a few ha-ha, but I digress. In Pain claim that their music comes directly to you, the listener, straight from the fucking grave, and that’s enough of a sales pitch to get this little black duck more than a little curious as you may bloody well know.

These buggers have been around for a long time, since about 1993, and have a heap of other releases under their proverbial belts, but this ladies and gentlefolk is their first ever full length for whatever reasons there may be, and let’s cut straight to the chase, this is indeed some OSDM.Nothing more, nothing less. “The Sound of Death ” comes out of your preferred listening device all HM-2’s firing in perfect synchronicity, and the smell of soil, bones and coffin wood do indeed fill one’s nostrils. I am certainly not going to tell more porky’s and say this is highly original or groundbreaking, but it is thoroughly enjoyable for what it is, and we have already covered that earlier on, unless you weren’t paying attention.

I’m not going to go over every song, just most of them. “Shallow Grave” keeps us in the cemetery theme, and chugs along at a nice pace that’ll get that head nodding in all the right ways, “Battle” delivers precisely what one would expect for a song of such title, and gives off a bit of a Hail of Bullets/Just Before Dawn kind of vibe, which is nothing to be sneezed at for mine, and “B.T.K” follows suit, definitely putting me in the frame of mind of “Ordered Eastward”. Rough and ready like the rumbling of tank tracks, with the artillery of the HM-2’s increasing the body count as they progress. Many other bands spring to mind, but it is not them who we are here to discuss so on with the show we go.

“It was meant to die” has a shit ton of low down traction, groove if one will even, a masterful display of pacing and song structure if I may say so, and this can be said about the whole album, these guys know what they like, and they know how to get their message across in no uncertain terms. “The Shadow from the Ancient Tomb” is a lovely sinister little ditty, evoking imagery of, well, fucking shadowy things arising from old tombs of course, what else. “The Warmachine” slots in well with the “Battle” and “B.T.K” stuff, again magnificent in delivery and intent, and “Rise from the Deep” takes In Pain out on a high, by providing you, the listener with one more fine display of OSDM containing a touch of melody, intertwined with a giant kick in the rectum. What’s not to like. If you are a fan of the kind of things I have described, then go get some, you will know what you are in for, and will enjoy it without a doubt. (The Great Mackintosh)