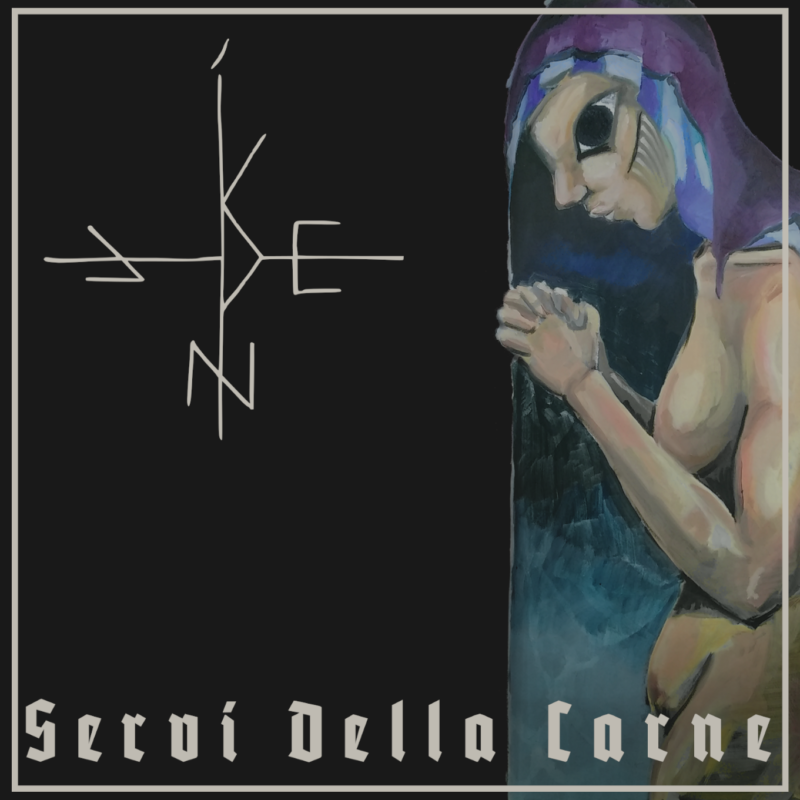 In Divenire are a young Italian Black Metal band that was formed in 2016 in Empoli. “Servi della Carne” (Servants of the Flesh) is their debut record, self-released and a good debut album.

I had the chance to see them live 1 year ago, showing a strong and powerful performance. Glad to see that their record (we spoke about it back then) came out pretty well.

The production has balls, is warm and balanced, so that every instrument can be heard equally well. The songs have a strong Atmospheric Black Metal touch and the lyrics are sung in their native language. 7 tracks that flow constantly and interact well from one to another, making the album homogenous but interesting.

A song like “Odi et Amo” for example has polka rhythms on the drum department, something unusual but interesting and works very well with the overall atmosphere with the thick melodic guitar carpets before some morbid classic Black Metal riffing kicks in underscored by crushing back beats and heavy bass lines (highlight).

“Notti d’Estate” continues the epic journey of the previous song and goes even further, speaking about hot summer nights (pleasures of the flesh?). Chants have also been included, like in “Canto Del Fedele”, a nice element that works well with the more tribalesque drumming and the high pitched vocals and screams. The chords are hit hard, so do the drums and a killer, aggressive track is born (another highlight).

“Servi della Carne” is a good and interesting debut that already shows a band and its intensions and definitely a band to keep an eye on. (DPF)