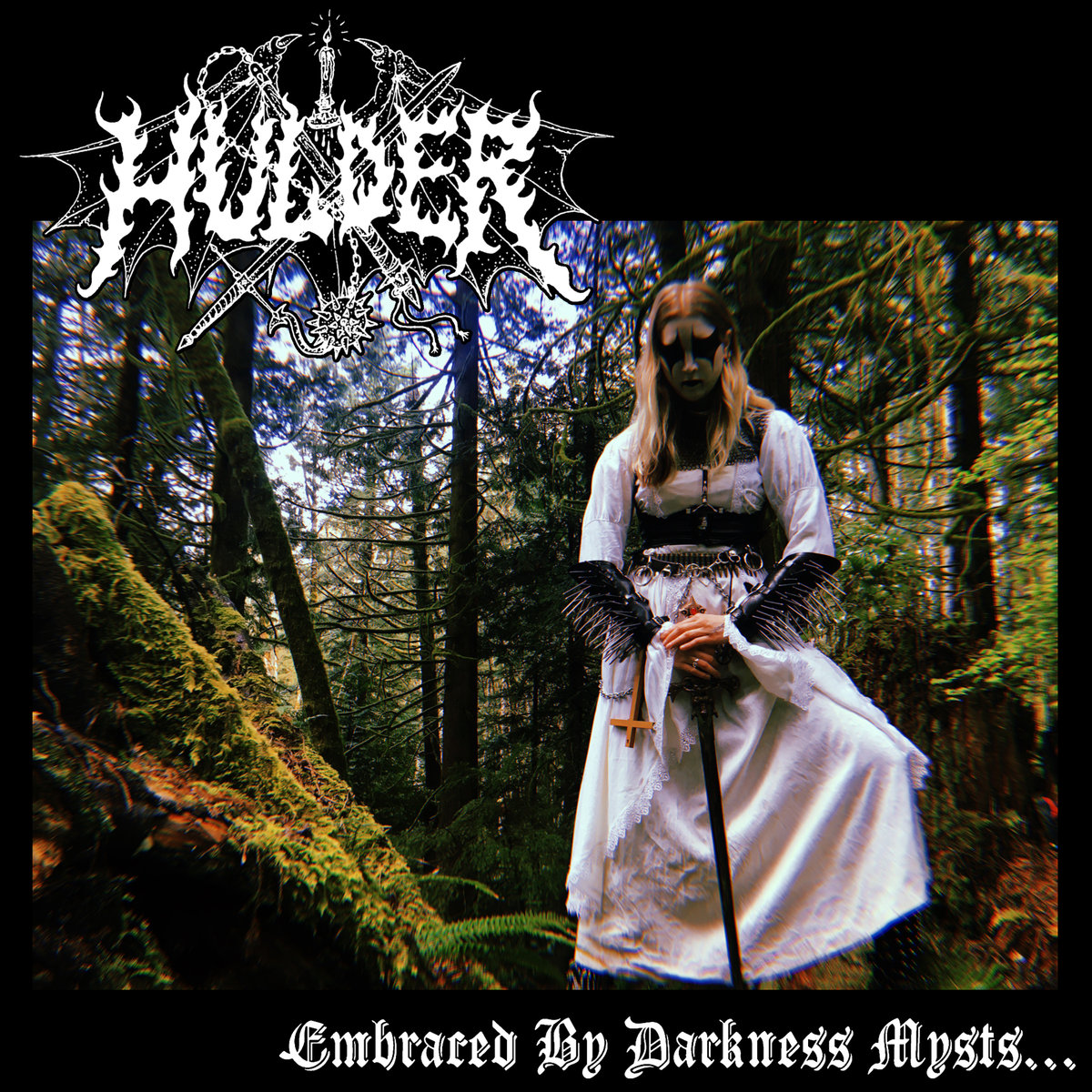 The Huldra or Hulder is a mythical creature that is featured in Scandinavian folklore. The name means “covered” or “secret”. Hulder is said to be incredibly beautiful. It is a, sometimes naked, woman with long hair and she has the tail of a cow or fox. This tail must hide her hollow back. The Hulder can also change shape…In some stories Hulder lures men into the forest to have sexual intercourse with them. The men who satisfy her are rewarded, the men who do not do this are killed. Or she leads men into the underworld…

Hulder is also a Belgian/American Black Metal band which serves as a vessel for the creative expressions around The Inquisitor, a talented musician who uses the dark Middle Ages theme as a source of inspiration for her music. A rehearsal tape and a demo were recorded in the past. This 2 track EP marks the first real professional studio recording of Hulder.

“Unholy Divine” delicately embarks with a gentle acoustic motive and soft chanting surrounded by nature sounds from water mills, birds and horses, until…a loud drum burst shatters this blissful tranquillity and hell is unleashed with fury. Past paced Black Metal with demonic spiteful incantations, brutal blast beat drumming and a monstrous guitar sound bursts through the speakers. Both sound and compositions have improved a lot , as expected.

Keyboards emerge throughout the slower parts of the song, creating a even more mystical and uncanny feeling. It’s not some simplistic, pagan-like Black Metal, but a composition that has been thought through profoundly and composed with the utmost care and satanic devotion. “Interring The Light” opens with a chaotic barrage of church bells, tumult and a low diabolical voice. This song is past, yet containing slower parts and with the necessary sound effects and keyboards that paint a portrait of devil worship and medieval rites long lost in time.

The Inquisitor recites the ancient rites blasphemies and sorcery with her deep gargling coarse voice, while guitars churn and shred and drums punish the listener. This a well-crafted song, full of variation, even containing eerie distant chants. You’re slowly being consumed by darkness until the track unfortunately fades out. “Embraced By Darkness Mysts” is a black diamond, filled with an intense dark atmosphere. It’s a staggering progression of Hulder’s music.

What separates Hulder from other illustrious (Belgian) newcomers, is their ability to compose memorable songs without even being slightly catchy. This EP is a mandatory item for those who can’t get enough of ritualistic, dark medieval Black Metal. (LV)