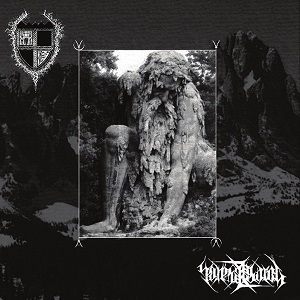 HomSelvareg are a five-piece black metal outfit from Lombardy, northern Italy, a country whose musical influence and worth our staff can apparently debate all day. Whilst I personally think there are a disproportionate amount of great Italian black metal acts, an equal flotilla of crap emerges from the Mediterranean every year, and so you have to pick with care. For every magnificent Locus Mortis, there is an execrable Morte, to take examples from my own wanderings through last year’s releases.

Fortunately, the atmospheric, evocative yet highly aggressive HomSelvareg nestle down safely at the impressive end of the Italian spectrum. Their promo blurb announces them as attractive to those who favour ‘early Ulver, Windir and Enslaved’. Whilst I think the unpredictability of Ulver and sheer sublimity of Windir are still a little out of reach for this band- though no doubt influential on their style and attitude- the powerful spirit of Enslaved’s first few albums is a spot-on reference. A thoughtful acoustic intro, “Il Canto Della Foresta”, opens into the fuzzy, deep, raging maelstrom noise of “Nelle Alpi”, a juxtaposition which instantly proves HomSelvareg can meld beauty and intensity without breaking a sweat.

The core tracks on offer summon a cacophonous black metal storm of a sound, with plenty of menacing bass lines, abyssal drum rolls, howling harsh vocals and dark, cascading melody that progresses in a decidedly old-school way. ‘Viking’ breaks and acoustic touches add interest to “La Caccia” and “Fuga del Selvaggio”, and showcase the sophistication which HomSelvareg’s two guitarists are capable, but there is also a good dose of straightforward black metal going on here; the beginning of the title track could easily be early Mayhem, while its later, more energetic stretches are vintage Satyricon. The depressive trend comes into play as well, appropriately on the track named “La Morte”, but serves as a forceful emotional nadir rather than a defining style. HomSelvareg move way too fast and induce far too much headbanging to stay suicidal for long.

In all, this is a black metal album with bags of energy, siphoning the Viking sound with its darkly epic melodies and heroism, but keeping it as harsh and imposing as Enslaved did at the beginning of their career, thus moulding it unexpectedly into a suitable art form to reflect HomSelvareg’s Alpine heritage. The tracks are cleverly constructed, and the bonus songs, comprising the band’s early demo, prove that they have been sure of their direction for quite some time. De Tenebrarum Principio did us all a favour by re-releasing this previously unavailable album; now you have to help yourself by buying it. (EllenS)