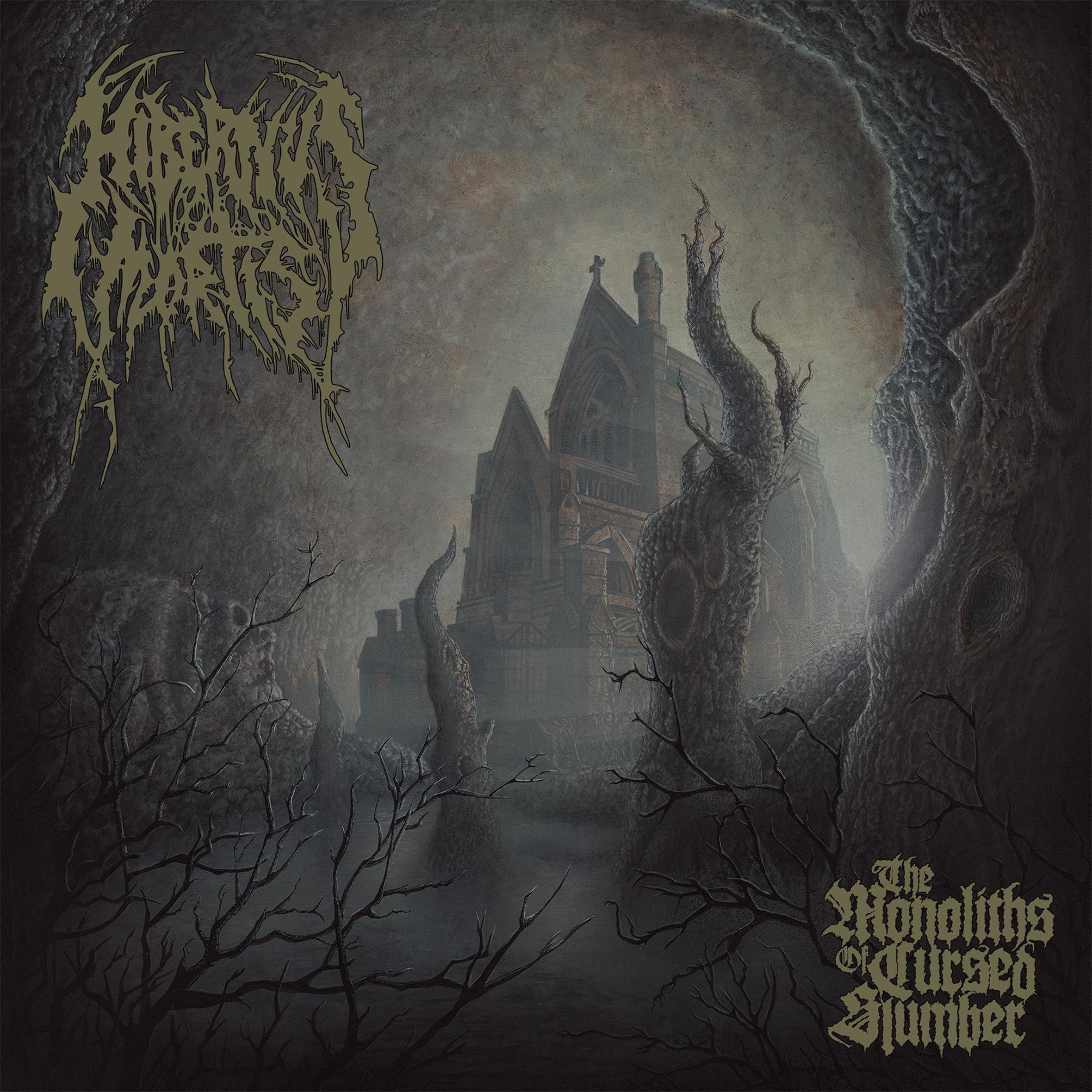 It has been two full decades since Floridian Death Metal troupe Hibernus Mortis released their debut album, ‘The Existing Realms of Perpetual Sorrow’. Now though they are back with a slightly amended line up due to the sad passing of guitarist Doug Humlack, and they return armed with a brand new opus entitled ‘The Monoliths of Cursed Slumber’ and released through Death Metal specialists Blood Harvest. They say the first taste is with the eye and the Chris Placeres designed cover art is truly a wonder to behold; fittingly Death Metal themed in subtle dark green tones. In the lead up to releasing this new opus, the band stated on their social media that they had taken their time on this release so that they could get everything right, and you simply cannot argue with the final result!

What Hibernus Mortis do really well indeed is create a bleak, cavernous atmosphere through the use of reverb drenched slightly down tunes guitar leads, monolithic slab like drum tones and crushing bass play. Whilst I did find that every so often the flowing rhythm created during the album is sometimes lost under the colossal hulking barbarity of the riff/drum combination, this is merely a small gripe against what is a very well written and punishingly executed opus! Vocalist Ralf Varela has a snarling, aggressive growling style to his words, and he delivers each one of them as if they have personally insulted his mother!

As I’ve stated in many a Death Metal review in the past, what really gets my rocks off is when a band drops their sound right down into the chasm, to the very depths and scrapes the cavern floor with slow, treacle like riffs that scrape and drag and grind their way forward, like each and every note is taking a pound of the bands collective flesh, and Hibernus Mortis perform this to murky, barbaric perfection. ‘The Monoliths of Cursed Slumber’ is truly that, a monolithic ode to darkness, crippling harmonies and soul tearing death Metal brutality! Welcome back lads! (Marksson)