Hexivoid – The Beckoning of Celestial Tendrils 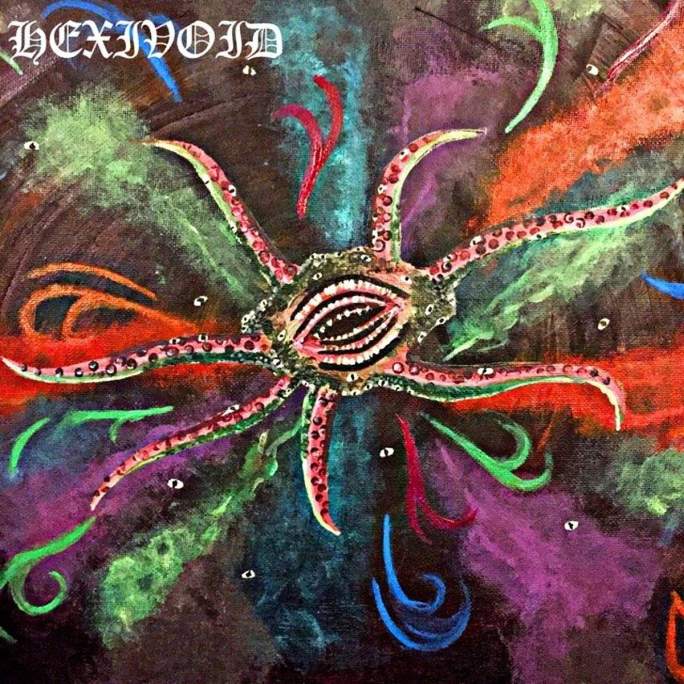 Hexivoid is the new brainchild from the British multi-instrumentalist Nattskog, who has been creative in a substantial series of one man projects (AbbatoirOvGoats, Blasphemous Degradation, Graven Crypt Tower, …) many of them which received acclaimed response from the scene.

The 2019 full length and first release “Disdain from a Burning Cosmos” was already a strong statement from Nattskog, yet a bit held back by its  own production, the new “The Beckoning of Celestial Tendrils” fires from all cylinders though. The songs have become way heavier and less one-dimensional, which only acts to the crushing impact, as well as the coherence of the music. The guitars are more pronounced in the mixing this time and the black hole generated vocals have improved considerably. “The Beckoning of Celestial Tendrils” is the musical equivalent of sun, going super nova: not only does it explode humungous through the speakers, the shock waves generated by the music keep on coming and eventually implode like a neutron star.

The album has just the correct amount of variation, not too much experimentation, a serious heavy low end full of raging blast beats, bashing toms and growling bass coupled to a spacey, all engulfing nebula of dissonant guitars full of insane riffing that would put a band like Portal to shame.

Tempo changes fit like a glove, ambient parts (like on “The Luminescent Clouds of Nithon”) are just the right length. Brutality and lunacy remain intact. It all falls perfectly together in a highly cataclysmic way.

Personally I am not a 100% satisfied with the type of reverb being using on his recording and although this full length sounds better than the debut, there is still room for improvement in his area.

People into very overwhelming Black/Death genre, say Titaan, StarGazer, VoidCeremony and other galactic heavy hitters in the genre, really ought to check out Hexivoid.

And hopefully, both albums get noticed soon and properly re-released with a superior top notch mastering. The music deserves it. (LCF)