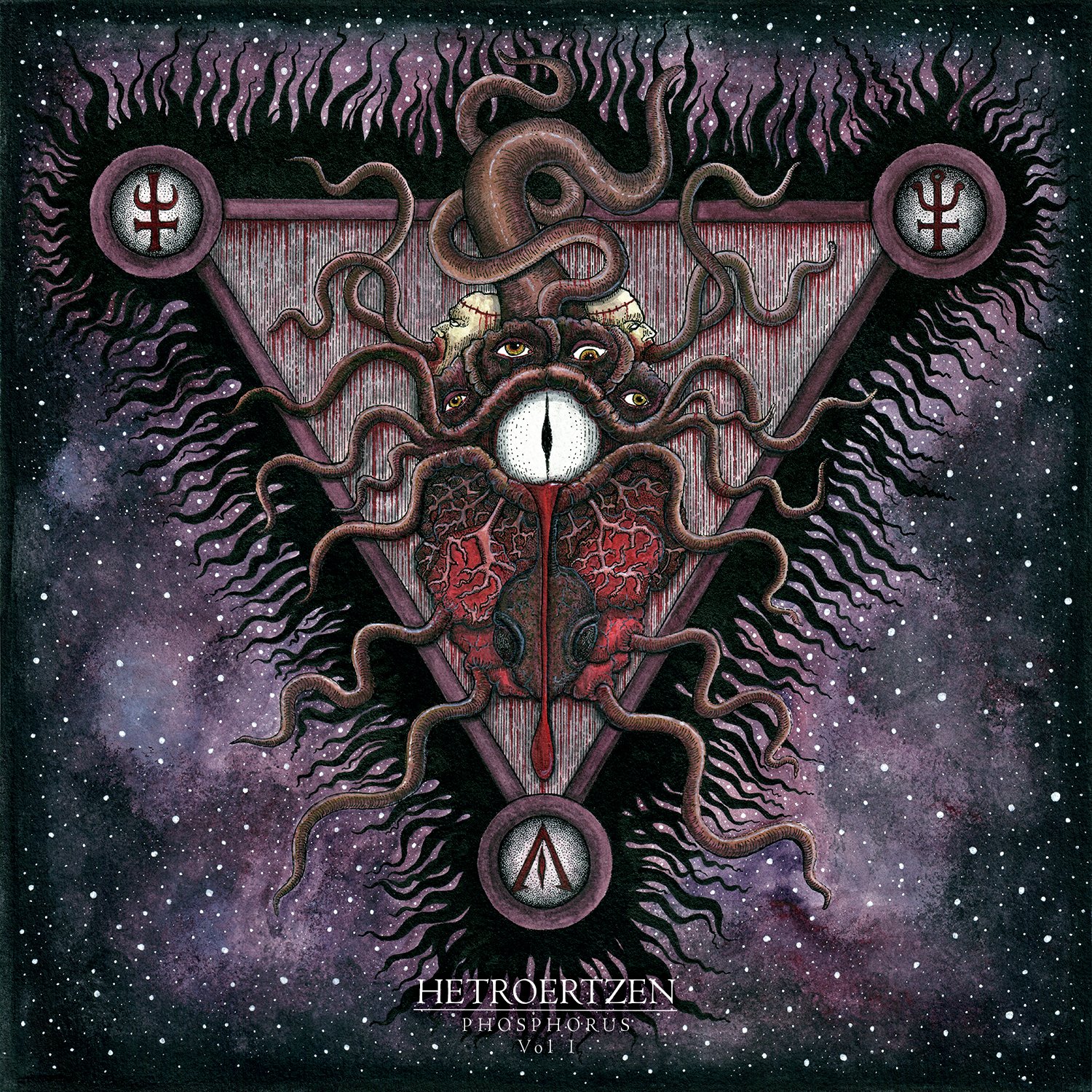 My first introduction into the art of the Chilean band Hetroertzen came upon the release of `Exaltation of Wisdom’. The band, that still features founding members Frater D and Åskväder, had already released a few albums prior to that record and before relocating to Sweden, and turned into a more occult direction with every release. That sound was perfected on the following record, the magnificent `Ain Soph Aur’, and the band stood out with their ritualistic live shows, truly a spectacle to behold.

The release of `Ain Soph Aur’ came with change however: The band moved from Terratur Possessions to Listenable Records, but a more notable shift occurred inside the band. Drummer and vocalist Frater D forfeited his vocal duties and passed the torch on to guitar player Anubis. Inevitably, the resulting `Uprising of the Fallen’ sounded slightly different. Even though both vocalists mixed chanting vocals with screams and growls, the change was something to get used to. In a way the entire record also felt more accessible and slightly easier to absorb, although the band’s signature style was still evidently there and in a lot of ways, this was a logical continuation of the path the band had set out on.

The latest record `Phosphorus, Vol. I’ is again different. It’s a more sinister entity, a more choking and threatening record in every sense of the word. The sound is more ritualistic and less accessible. Anubis has cast aside his chants and entirely turned to a darker raspier vocal register. And the riffs are more brooding, superficially barer and more stripped down to the essence than the compositions of the previous albums. The details hide in the darkness, ready to be discovered by those that are willing to dwell enough into the depths of the sound.

`Phosphorus, Vol. I’ is not an easy album to wrap your head around. And it took me more time than before to fully grasp and appreciate what the band is doing here. It certainly didn’t immediately click with me. But upon repeated listens it starts to make sense. The transitions within songs make sense. Sometimes a riff or melody may seem rather straightforward, but there is always something brooding, waiting to happen. `Absorption of the Current II’ plays with contradicting tempos, barebone riffs creating a haunting atmosphere against a canvas of blasting drums. There is a certain sense of melancholy to the record as well, reflected in tracks such as `Absorption of the Current I’. `Sea of Black’ excels in subtle changes and has the same ritualistic atmosphere that Hetroertzen’s live shows evoke. And ultimately, it’s not hard to understand why `I am Sickness, I am Death’ was the preview track for the album, as it perfectly sums up everything the album is about.

My initial response to the record was that it felt darker, less accesible yet more barebone. I was unsure what to think of it. Now that I’ve given the album more time to sink in, I realise those are exactly the aspects that make the album a step forward for the band. `Phosphorus, Vol. I’ is more sinister and contradicting. It’s a more challenging and rewarding album. And it’s as close to capturing the essence of their live rituals as they’ve ever come. (VincentP)