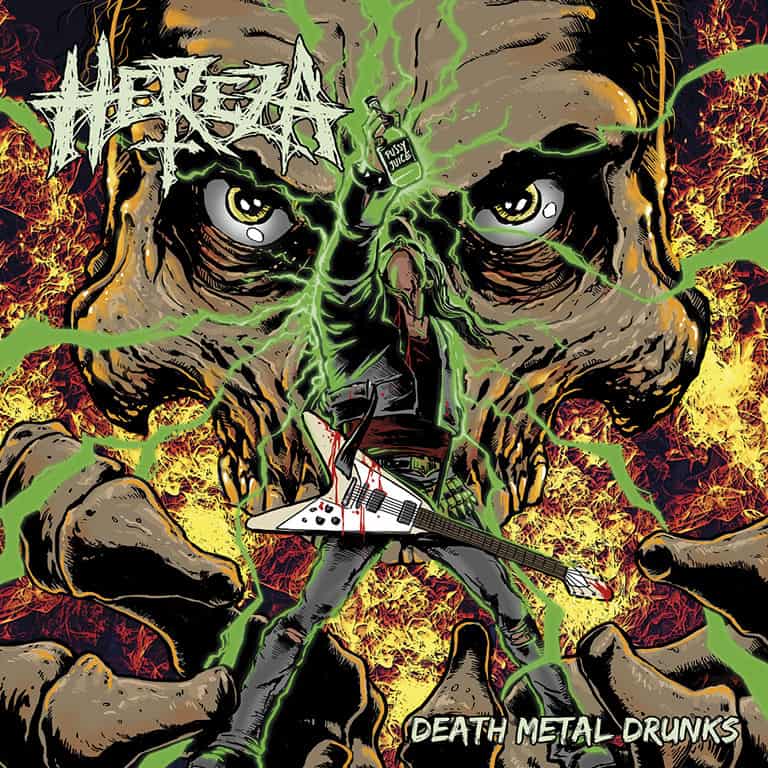 “Death Metal Drunks”, a great title in itself, is the third full length album of the Croatian band Hereza and the first that I come upon. An interesting fact: their guitar player Slobodan Stupar is also a guitar player in the German death metal veterans Fleshcrawl.

“Death Metal Drunks” consists of eleven tracks of Death Metal mixed with Motörhead-like rock’n’roll (the title track is a typical one like that) and some d-beat moments. Vocals are Death Metal growls mixed with more throaty shouts. Hereza don’t bet on the heaviness but on the rock’n’roll groove played with punk and Death Metal guitar riffs like on the song “Beneath the Wheels of Death”. There is also a neck-breaking country/crust song named “Necrobitch, Cowgirl from the Morgue” which is my personal favourite.

“Death Metal Drunks”is a party album that is heavy and has a killer groove at the same time. Check it out! (Zvetan)