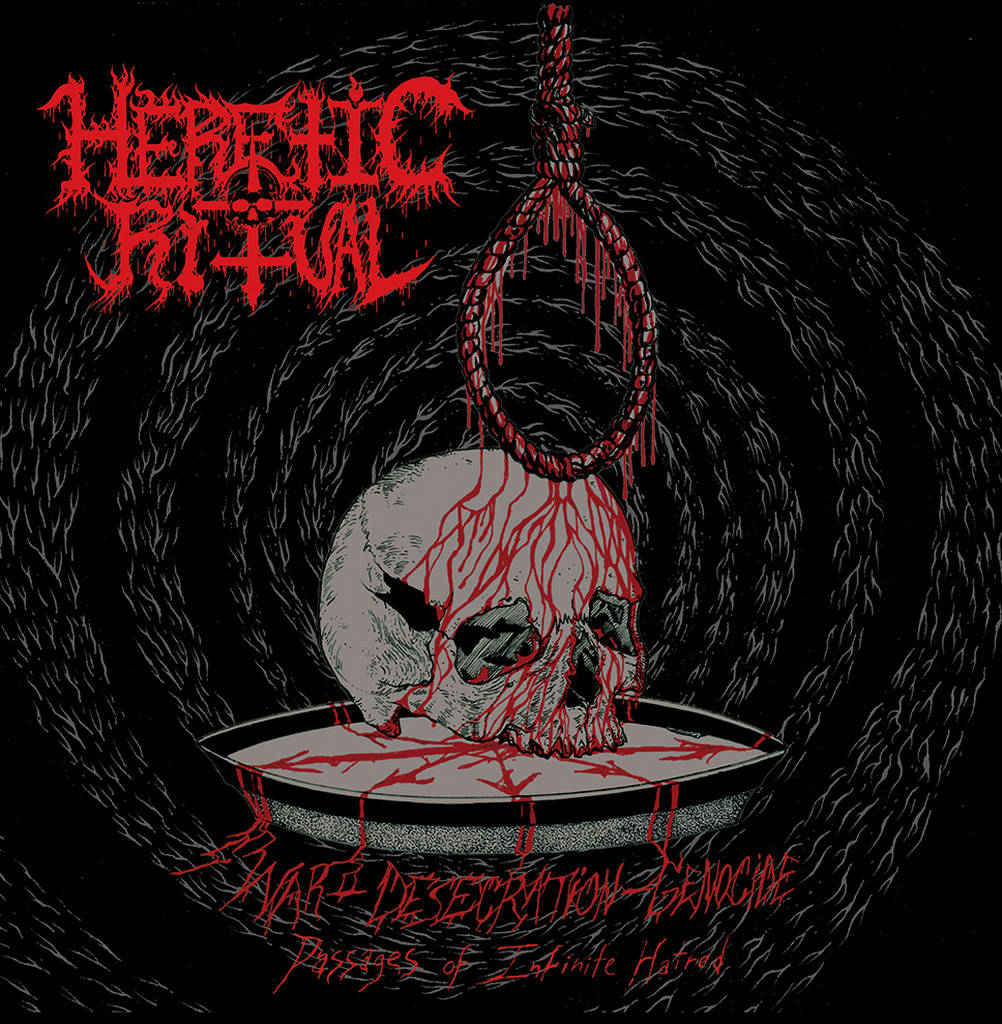 Formed in 2016, debut their premiere LP “War – Desecration – Genocide / Passages of Inifinite Hatred” late 2020, reminds me of how Revenge names their releases “Infiltration.Downfall.Death” or “Triumph. Genocide. Antichrist”, as if they reveal their lyrical themes: war, desecration, and genocide.

Reasonable time frame of 27 minutes to encompass nine crushing tunes. Surprisingly, don’t hear everything quite “melt” into one hideously ugly monotonous pitch, there’s actually appropriate mixing among instruments and a voice that won’t make you cringe. On “Disciples of Fire” can hear the blast beats, actual reverb on those pungent vocals, and the riffs are more rhythmic & structured melody to it compared to an overly amplified sonic commotion. Going the extra mile of titling, “Lord of Sehket Aaru”, derived from Sehket, a lion headed Egyptian goddess with power of life-destroying power of the Sun, yet Aaru is “peaceful”, contradicting much? Yet depicts great alternation of cadences pitched by Kulto Macabro & Bestial Profaner.

This is tasteful for fans of Conqueror, Archgoat (there’s a cover on this LP, closer “Hammer of Satan”), or Beherit’s EP “Dawn of Satan’s Millenium” (‘91). This is War Metal digestible for skeptics of the genre & war cult supremacists alike. (Tori Belle)