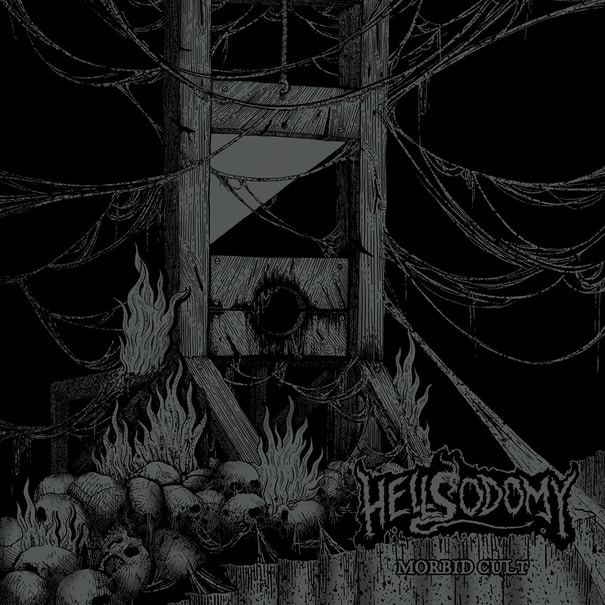 2019 had many releases from the underground scene and some of them were optimal and some lousy. Hellsodomy’s album “Morbid Cult” was probably one of the best from the optimal section. I always think artworks carry a large gravity on which the listener’s interest on the album intentionally or unintentionally may rest. For me artworks hold that exact same value and with the album “Morbid Cult” and me, it was love at first sight.

Now to the tracks, the intro “Into Perversion” basically described and gave me an idea of the whole album’s sound. The direst mixture of traditional old school and technical playing just screamed UK Death Metal for me. There was a connection between the intro and the second track of the album “Endless Demise”, which is always a nice touch in an album. The 11th and the last track “Souls Devoured” also had a link with the second track “Endless Demise”. This is always an entertaining thing about thematic albums, the links between songs, that makes an album memorable.

My favourite song of this album is the third track “Pestilence Of Black Blood” as the high frequency guitar shredding and the ear ripping solos hold a very close place in my heart, and this song had those in the most badass way possible. The whole album’s production was extremely polished, obviously in a good way. The rotten Death Metal sound in the guitar solos, the top notch vocals, the spiritual ambiance…it’s a heaven for Death Metal listeners.

The old school influence on the vocalist can easily be heard all over the album. But the thing is no album is perfect all-over. As well as the pros, there were some cons in the album. That includes the mixing of the guitar playing. It somehow sounded too try hard to be old school and failed miserably. Most of the songs sounded the same and the tension, which is such an important element in any Death Metal releases, was completely absent in the album. They’ve the potential to create mind-blowing elements and I believe they will learn from their mistakes and their next releases will be flawless. It’s a good hear, so try it and support the band. (Akib)