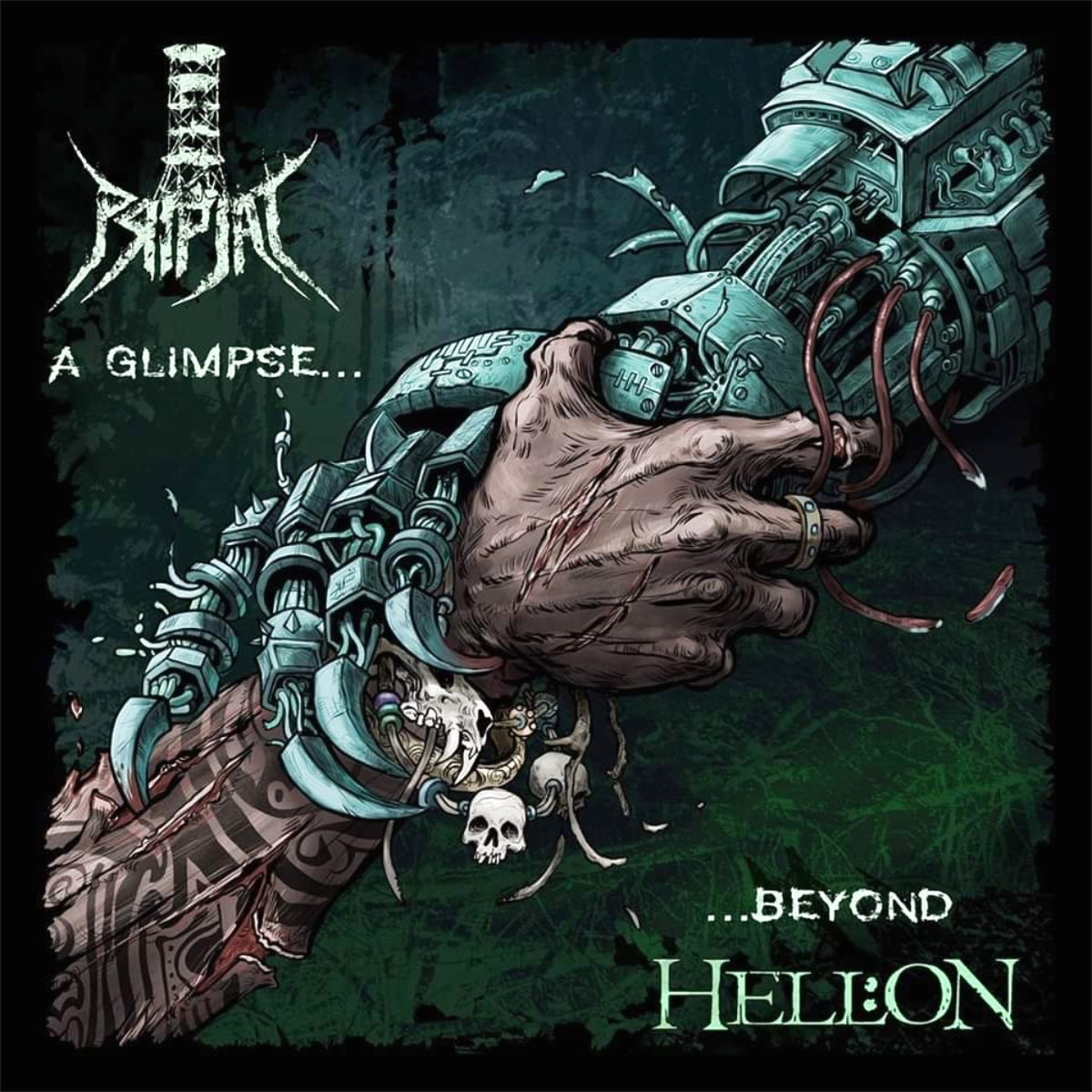 Both bands appear to have a connection with Ukraine, the one is formed their, the other one has  a bandname that refers to an Ukraine town Prypjat. Together they created this split album titled “A Glimpse Beyond”, where both bands have four tracks listed on it (the intro from Pripjat not included then).

Well, let’s start with Pripjat: old school Thrash Metal with some groove, but mostly the general classic Thrash manual is what they follow. The vocals should be more prominent in the mix for me, but general seen these tracks are more than  good. The only thing that bothers me is that the sound is perhaps too neat. Best track imo: ‘The Sprawl’, which is the fastest one and where great blastbeats are audible. Horns up for that.

Second band is Hell:On, born and raised in Ukraine, and the oldest band on this split record. Also the musical style is something totally different, cause it all sounds more atmospheric, and they step outside the line with the addition of acoustic guitars, Oriental sounds and whispers, and the use of flutes. They definitely have the most various sound, but on the other hand they also sound the most blunt. Normally they play Death/Thrash metal, but it seems they let their inner artist loose on this split album.