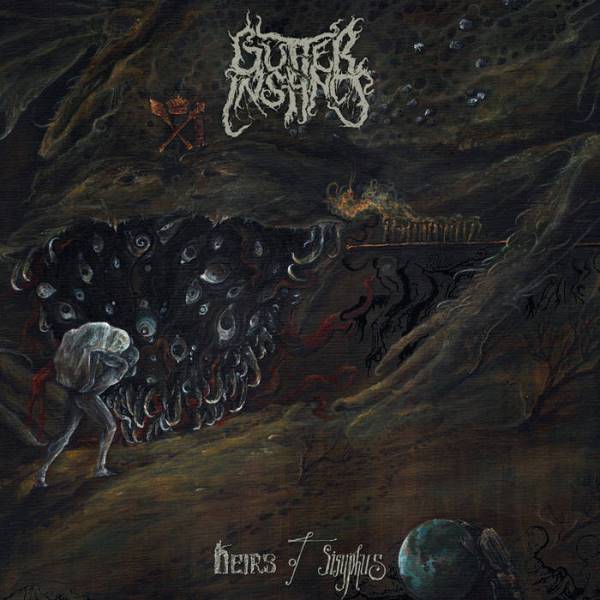 Before even pressing play I read that this band was from Sweden and I was expecting the Chainsaw guitar tone, and to my complete expectations, as soon as the guitars started, there it was. A great guitar tone when used correctly, but I think this album is too fast at parts for this particular sound. But on the slower more groovy or melodic parts it is like heaven coming out of my speakers.

What I was not expecting was the great vocals. They have definitely not stuck to the traditional Swedish sound with their great vocalist. He fits the album like a glove.

To be honest, this album is a grower. On my first listen the production almost ruined the album for me. The melodies would ring in my head hours after listening, so I would put in on again, and again. The more I listened to this great album, the more I fell in love. I’m glad I went back to this album, because I would have missed something great. Some albums grow on you and this is definitely one of them.

Some of the riffs are very atmospheric and brings out an almost Black Metal feel. Although I am not surprised as so many great melodic bands come from Sweden. Im sure they are force-fed melody in schools in Sweden, because the melody that they use is perfect.

This is a great album. I just wish it had a bit of a better production. A lot of the drums and guitars get lost in parts. Better production would have made this album an almost perfect album because the music is on point. Very catchy and memorable Swedish death metal at its finest. A stand-out moment on this album was definitely track 5 called “Uncreation”. It embodies everything that makes this a stand out album for me. From the gritty stop-starts, to the fantastic melodies. If the whole album was as well paced as this track, then it would be a near perfect album.

From start to finish, this is a great album that I would definitely recommend to any fan of the chainsaw guitar tone death metal fan as it has fantastic moments. Do I see myself listening to this on a regular basis? I think so. When I have a craving for Swedish death metal, I assure you, it will be on the top of my list and I will put this album on repeat. The mixture of blasting death metal and melody works so damn well with this album. (Pazuzu)