Guerra Total – War Is the Pursuit of Death: A Hymnal for the Misanthrope 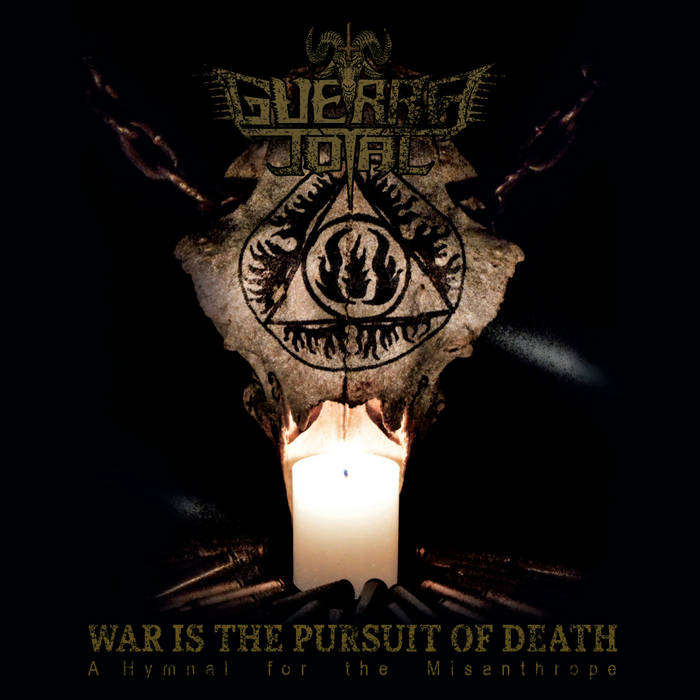 I mentioned it in another review, the cool thing about writing reviews is that I often come across new bands (at least to me) and that can be very rewarding depending on the material displayed.

Guerra Total from Colombia is such a band. Already around since 2002, these Black/Death fellas already released 7 full lengths. 2020 and album number 8 is ready, released through Satanath Records, entitled “War Is The Pursuit Of Death: A Hymnal For The Misanthrope”, this record is a nice mixture of Black/Death with excellent Thrash Metal ingredients to keep the songs fluent, aggressive and catchy, giving them a certain old school touch.

The use of clean guitars and open chord/single string picking is more 90’s Black Metal inspired, like Immortal or Inquisition and works very well. “Black Horror Kommando II (Sinfonía del odio)” for example blasts its way directly into your neck muscles. The driving up tempo drums, the more Kreator like riffing, the blasting chorus, the Spanish lyrics, a nice banger! The Thrash/Speed Metal influences are even more present on “Hymnos Rituales De Guerra Y Total Devastacion”.