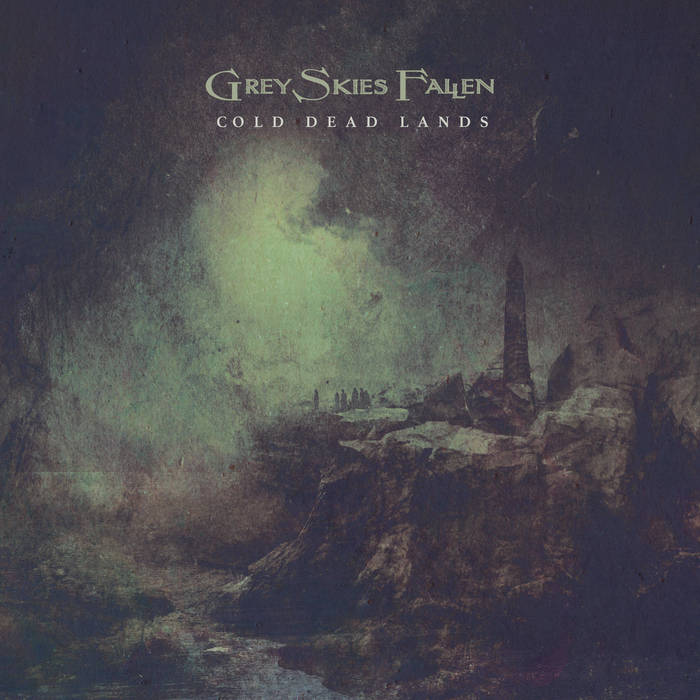 After six years since their last release, Grey Skies Fallen from New York delivers their fifth studio album. Formed in 1997 they have released 5 full-length albums, maybe not a massive output and this could be the reason that there are some people who haven´t heard them yet. Nevertheless they play an excellent mixture of melodic Death Metal and progressive Doom Metal. “Cold Dead Lands”, with its duration of approximately 53 minutes, includes 6 songs and was mastered and mixed by the legendary Dan Swanö.

The eye catching cover artwork from Travis Smith, who previously worked with none other than Death, Amorphis, Katatonia, Iced Earth and Opeth, shows a blurry image of a land of doom. The foggy atmosphere of this piece of art emphasizes the mood of the music.

The songs resemble the band´s previous work. They represent the ferocity of death and the darkness of doom. A lot of Doom Metal albums tend to get boring after the first couple of tracks but not “Cold Dead Lands” as it presents every facet of the genre mixed with the brutality of classic old school melodic Death Metal. The vocal performance is on point and varies between light Death Metal screams and clean, even nice polyphonic, parts. Sometimes the vocals remind me of alternative rock or grunge.

A Doom Metal fan can definitely pick this album but also metalheads who aren’t huge fans of the genre can give it a try. (HaCeBo)