Graveyard – Hold Back the Dawn 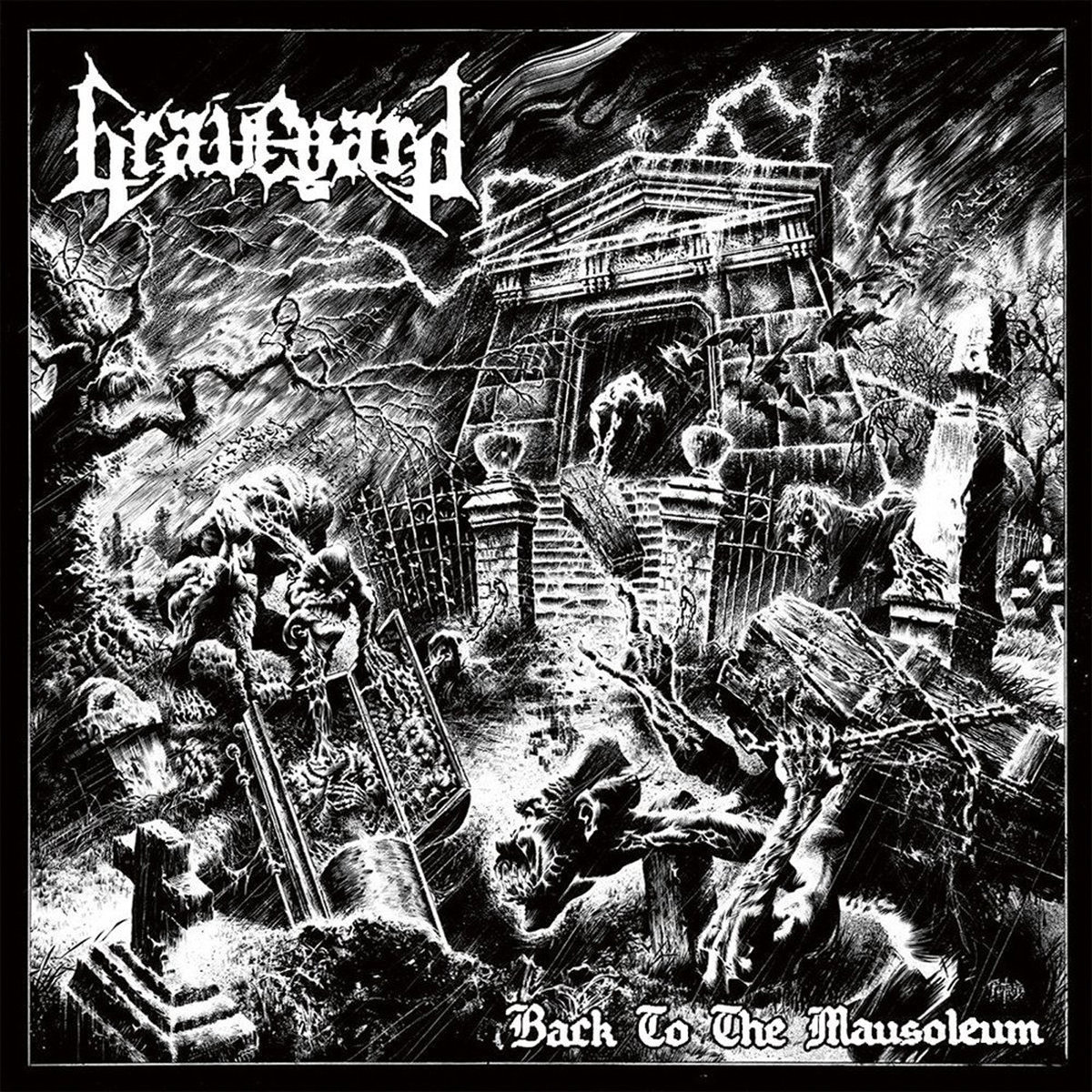 Barcelona hey. Try saying that with a bad lisp, and also Spain, try that fucker out too. Yep, I’m not trying to be a shit, this is where this particular Graveyard is located, and by the nine gods of irregular speech there are many out there who wear this particular moniker, well, seven to be precise, but none are as deathly as this pack of dudes. Boring bits, been around since 2007, four full lengths and a shit ton of other stuff blah blah blah. Yep, they are as Spanish as a chorizo, El Cid would approve, and they make some damn fine fucking heavy music to boot.

After the “Back to the Mausoleum” EP last year, hopes were high that this one would be the album to push them higher than the stratosphere itself, and have they delivered? Well, that;s the sticking point. As always I am a positive kind of bloke, so let’s start with the good bits.Track three “Of Extant Cults and Living Terrors” is an absolute fucking masterpeice that reminds me so much of Bolt Thrower, Hail of Bullets, and all the finer things in Metal that I want to marry it and give birth to it’s bastard child. Seriously this is some absolute aural buggery, and it makes me smile. I don’t often smile, it ruins my image of being a metal genius and all around know it all.

Track the fourth, “Hurled Unto Damnation”, as we all have been at times, brings a great big bag of more of the previous references, and also an almost melodeath vibe as well, as it is packed with much atmosphere, trepidation, and such guitarly goodness that a grin may spread across your face, if only you weren’t such a serious knob. Then the trifecta is achieved on the closer, “Madre de la Noche”, or Mother of the Night for you non latin speaking types, and what a song. At first you may forgive me for thinking that Sepultura are after you for laughing at their “Roots” album, I kid you not, and then excellence ensues. What a monster to go out on.

The bad? Well they just don’t seem to be able to hold down an entire album. “Back to the Mausoleum” was, well is, five Swe – Death inspired tracks fucking madness. They gave it all, blast beats, D-beats, riffs to fucking die for, it still makes me quiver to think about what a point they had made. Such bounce, such flair. This one seems like when they get stretched it can be a problem. Having said that, this is all brilliant, but up against the current crop of Death Metal that is coming out, well, it just falls a bit flat. Some absolute class, and some great tunes to listen to at any time, but not world beating. (The Great Mackintosh)