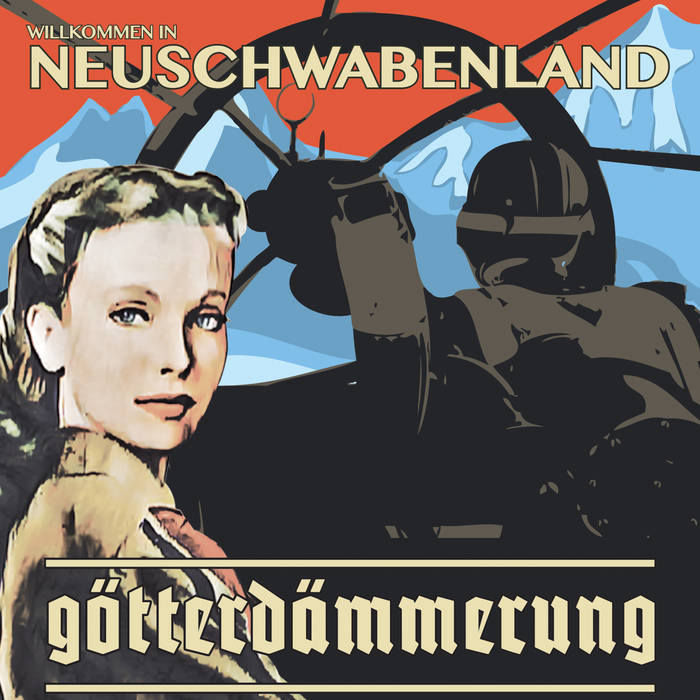 I don’t listen to much Thrash but it’s nice to dip into it every now and again to see what’s going on. And what’s going on is a fast paced Czech band with a crazy German name which derives from German mythology and means the end of the Gods and of all things. Now I don’t speak German or Czech so I’m unable to wax lyrical about the subject matters at hand, although from the artwork (and the bands Metal Archives page)  I’m judging  that the Second World War plays a large part, but I do know what I like and the machine gun riffs, angry biting vocals and at times intense old school Death Metal sound (See “Elbrus 42” for that, and a little in “Die letzte Schlacht”) are right up my strasse!

On to the basics, “Neuschwabenland” (a disputed territory in the Antarctica region, held under Norwegian sovereignty but claimed by the diabolical Nazi’s) is the bands sophomore full length release, the first album being a self release entitled “…Projekt Riese” (a Nazi code name for the construction of seven underground structures in Lower Silesia) which the band put out in 2017. This time around Slovak Metal Army have taken up the distribution reigns, a label who specialise in releasing work from Czech and Slovak bands of all metal genres.

I love releases like this. The music is high quality, the thirty minute duration is perfect and along with that you get a history lesson also, or at least you do if you read my work. This is a straight up thrash masterclass with the aforementioned old school death metal licks thrown in for good measure. Strong from start to finish, if old school thrash of a European variety is your vice then Götterdämmerung are for you. (Heathen of the Horde)